What is the name of this 3D object creation technique?

What is the name of this art?
What key words could I google to find similar results?

(Photos credit: The Mesh app on the Apple store ) 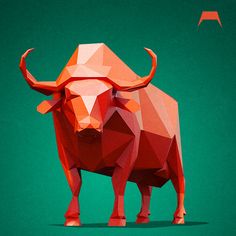 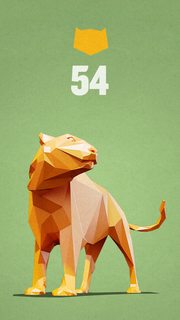 This is a relatively new trend in graphical design which is known as low poly design or low polygon design. If you google "low poly design" you'll find plenty of tutorials on how to produce such pictures by yourself (e.g. this one). In (very) short, you take a picture, triangulate it and generates the polygons out of your the induced mesh. Clearly, this is all done by computer. (Somewhat this remembers me of the painting style named cubism.)

While the images you provided are most likely computer-generated or digital paintings, there is a traditional craft that can achieve similar results.

Some papercrafting models use a similar concept of simplifying objects into geometric planes.

Fubiz.net has a wide variety of examples: 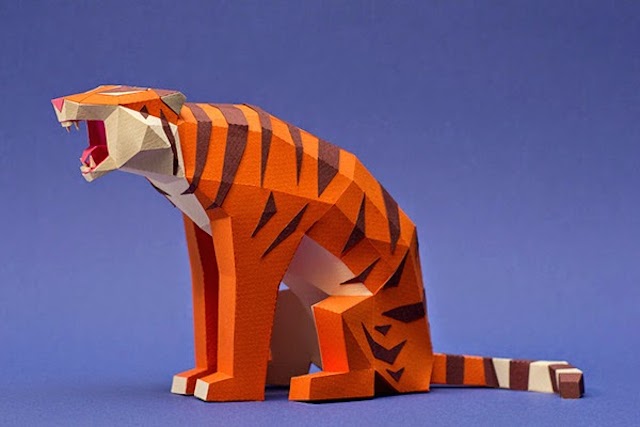 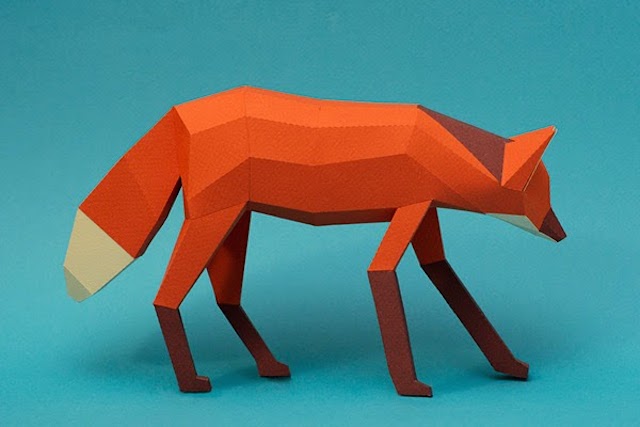 Sometimes this type of papercraft is specifically called a paper model, distinguishing it from other crafts such as origami.

The designs for them may even be done using digital software to start. Certain programs allow you to convert a 3D model into directions/steps for making a tangible paper model.

The best search terms to get results like these are papercraft model or more specific things like papercraft animals. You can find images, and also templates/instructions.

If you search 3D papercraft, you may get even more results in your style. Here's an article about artist Wolfram Kampffmeyer’s, including some of his beautiful creations, which are actually made from cardboard. Perhaps my favorite, and one closest to your images, is this wonderful red fox: 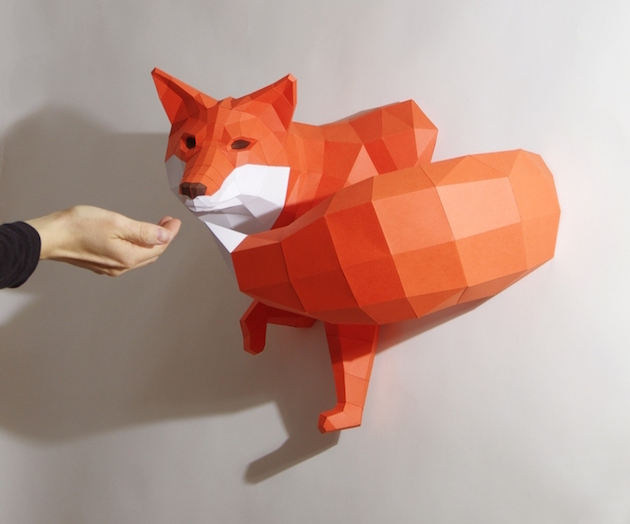 The style is indeed usually referred to as 'low-poly', but to nuance the accepted answer a little, 'low poly design' refers to a specific type of 3D modeling in which it is the expressive goal of the modeler/artist to create models with a low polygon count (i.e. with as few possible triangular faces).
It became more popular ever since more possibilities for small game companies to produce games became available. Since smaller companies have less resources to spend on the creation of advanced 3D models, they often revert to using low-poly models: they are created more rapidly, and they need less powerful 3D engines to render them - which also makes them more suitable for mobile games, for example.
That is not to say those 3D models cannot be a form of expression, or that they're easily created, since more information has to be communicated through less detail.

The low-poly style has immense popularity, and games like Minecraft famously make use of (a different but nonetheless) low-poly style.

So, while 'low-poly design' is an intentional variant of the style you're looking for, there are other ways to achieve a 'low-poly style'.

To get back to your question, the "creation technique" could indeed be low-poly design, but this cannot really be concluded from your examples alone.

You can also try your hand at creating similar images yourself, using software like DMesh, Polygen, or HalftonePro Polygons.

The artist Davide Quayola has created polygonized artworks based on traditional mediums, such as painting: 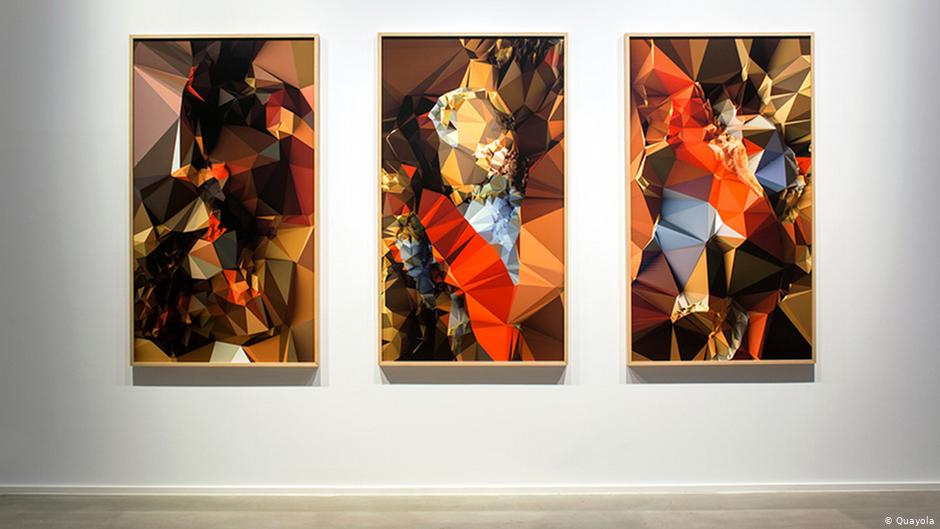 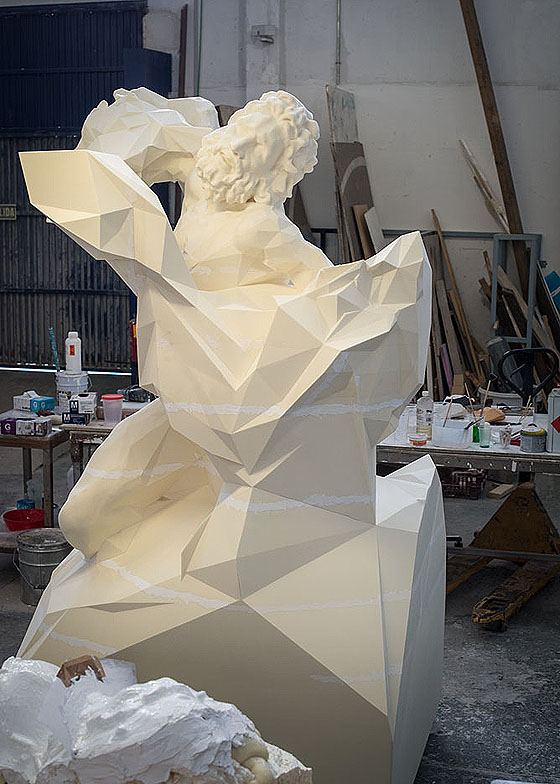 And the artist Matthew Day Jackson has used it in some of his works: 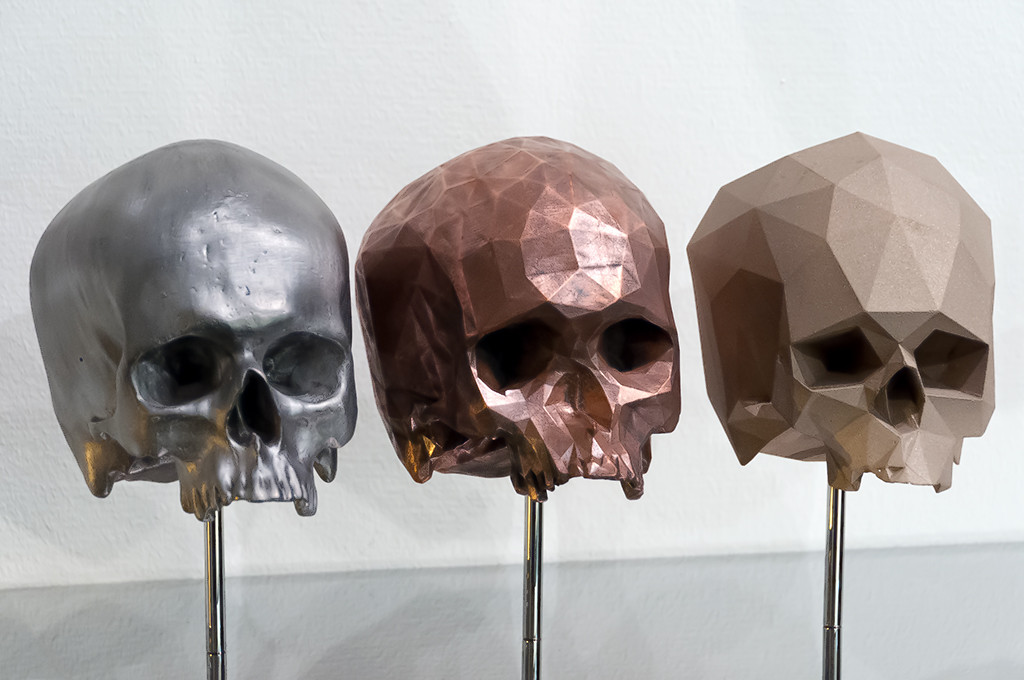 Matthew Day Jackson - The Way We Were (source, photo by Ed Jansen)

12
What is the name of Japanese printing which uses hammered leaves on white cloth?
12
What name best describes this style of pen-and-ink art?
4
What kind of art style is this?
6
How to describe this style of pencil art?
5
How can I describe this alien-looking sculpture art style / concept to find other examples?
4
What is the name of my drawing style? Black and white?
6
What do you call these pictures / illustrations?
1
What's this art-style?
4
What do you call two identical shapes overlapping to form a perfect square or circle?