How to cut a stitched leather belt without it unraveling?

I am talking about the belts with stitches along its edges. I read that if I cut it to shorten it at the buckle end, the threads will come loose. What do I do to prevent this?

The following is a picture of the belt: 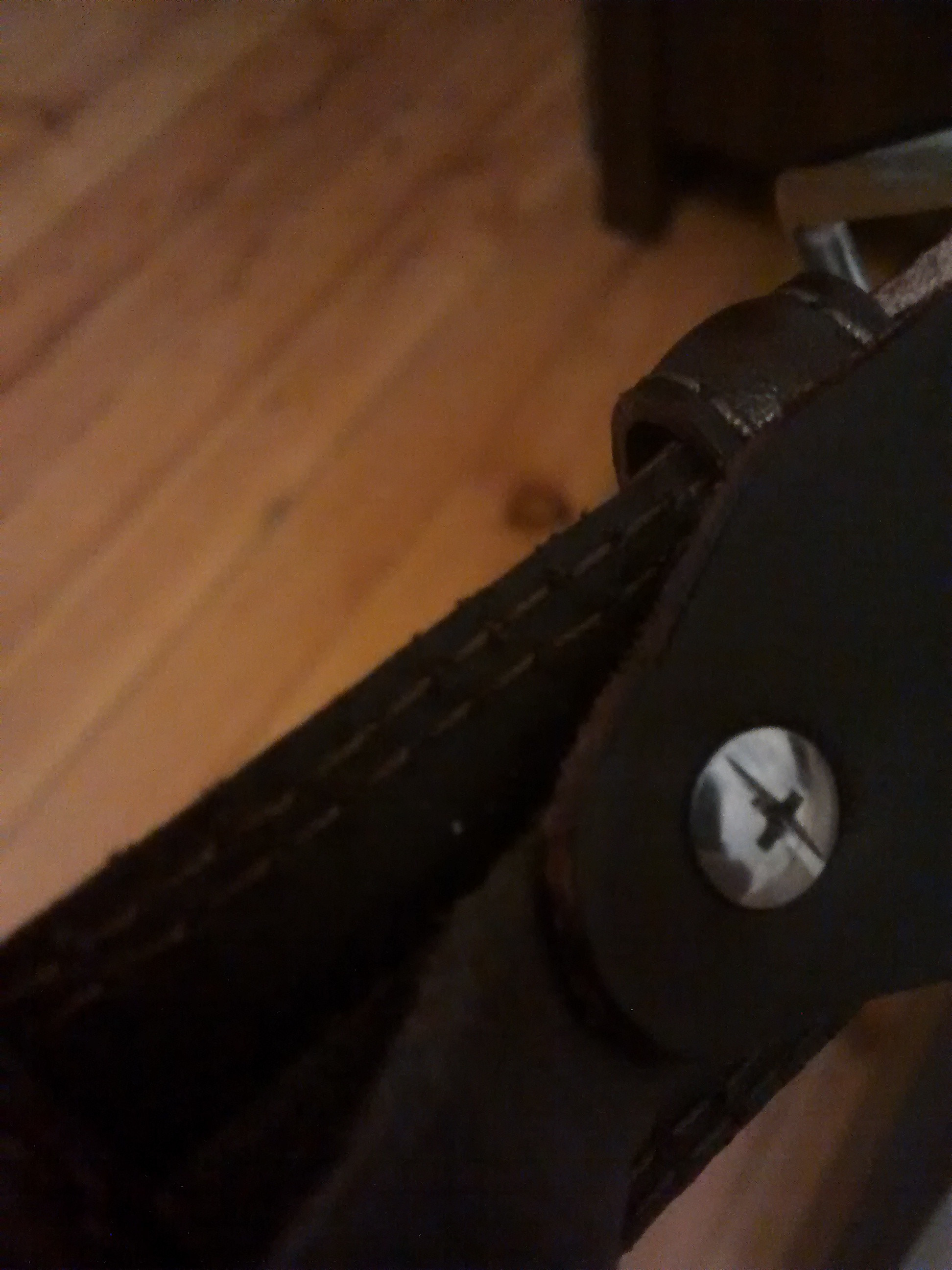 I assume the buckle end of the belt is pulled through the lower part of the buckle and folded back onto itself and sewn across the edge to hold it in place.

You can also take the belt to a shoe repair place to resew the cut edge, unless you have an awl (sharp hole-maker) to make new holes in the new belt edge that you can hand-sew through to fix the folded-over part to the back of the belt. Then glue the cut thread as above.

If the sewn edge of your belt is a thin leather ("boondoggle") and not thread, you can try gluing the cut stitches, but you can also have a shoe repair place sew them down when they sew across the new edge.

Good luck! Good for you for trying to fix the belt you like instead of just tossing it.

For some reason shortening the belt on the other end is not possible, right? so ..

just dab a spot of super glue into the holes the sitching makes in the leather for a centimeter or so back from where you are going to cut through the sitching. On both sides of the belt. Make the cut. The thread will be held in place by the glue

The “you must be crazy” version of the answer is .. start unsitching the thread at the buckle end until you are 2 centimetres (1 inch) back from the cut line, tie a new, colour matched thread to the old thread, on the inner side of the belt, pulling the knot tight at the hole the thread comes through. Option to apply a dab of superglue to hold the knot. Cut the leather to shorten. Now thread a needle on and resew the decorative border using the existing holes. Finish the stitching normally and voila!

12
How can I finish stitching those last few inches?
7
How can I splice the tail of my tie and have it not look terrible?
8
Finishing leather edges
5
Creative embroidery technique to fix a damaged knitted sleeve
3
How to remove embossing from leather
5
How can I remove glue from leather without ruining the leather?
5
Is this leather veg tanned?
4
How to preserve/care for a leather book?
4
How to repair leather supports on a sling chair?
2
What kind of mid-sole and bottom-sole is used in such leather sandals?