Fastening thin pieces of wood with a flat profile

I have a great idea for a geometric lampshade that I would like to build. Think of something roughly resembling a geodesic dome. It will be made of individual triangular panels of roughly the following shape, each of which will be made of wood, with rice paper stretched across it.

My question is about how to fasten the frames together. The frames will be made of strips of wood with a cross section of about 3mm by 15mm, which need to be attached together face-to-face, like this: 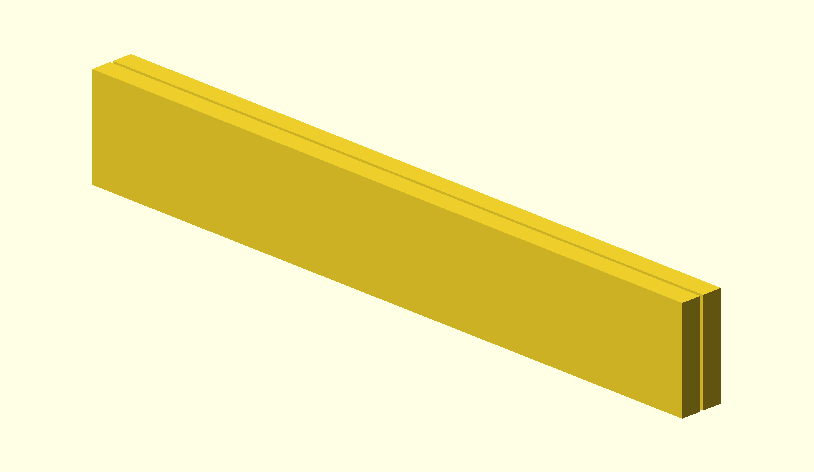 They can't be glued because I want to be able to take it apart again if the rice paper needs replacing.

The tricky thing is that the fastener needs to have a flat profile. If I were to drill a hole through them and use a bolt, the nut and the bolt head would cast a shadow on the rice paper. So I'm looking for a way to fasten them that will have a fairly flat profile and cast as little of a shadow as possible.

(It's kind of hard to describe how this thing will fit together, but in the above (yellow) picture the light is shining down from the top, rather than from the side, and the rice paper is at the bottom.)

So, tl;dr, I'm looking for a reversible way to fasten two strips of wood about 3mm thick, such that the fastener sticks out as little as possible from the finished piece.

It doesn't need to be super strong because it's only for a fancy lampshade, but it would be great if each fastener is easy to install, because the thing will be nearly a complete sphere and the fasteners will be on the inside, so the last few will need to be done by reaching inside it.

In case it's relevant I have only very basic woodworking skills and no fancy tools, but I can use 3D printed jigs to make cuts or drill holes in the wood with reasonable accuracy. If I don't need to make holes in the wood then it will save me some work.

You can use screws, just the right ones, in the right places.

Countersunk machine screws will put the head flush with the outer face. I suggest M3, which I've used in similar applications. In softwood it will pull in enough that you may not need to form the countersink in advance. The inner face is a little harder but there are options. Unfortunately countersunk sleeve/barrel nuts start at M3x7, which is too long. However if you consider the line a shadow would cast, you could get away with a thin nut (half nut). These are normally used as locking nuts but in low-strength applications are fine used alone. They'd combine with an M3x8 countersunk machine screw (the length includes the head for countersunk types) giving you 2mm of protrusion. An M3 thin nut is less than that. A little trigonometry would allow you to work out how low the nut needs to be to not cast a shadow on the screen, but since your edit I reckon you could centre the fastener within the 15mm width.

Similarly you could use screw rivets (Chicago screws) which are used in leatherworking. Note that the quoted size is the minimum length, so size slightly under you final thickness - go for 5mm in your case The outer head on the one on my belt is 1.5mm, and flat, the inner head the same thickness but slotted. Again, done up tight into softwood they'll even pull in a little denting the wood. These will look nicer on the outside.

You need a basic drill - I'd probably use my hand drill (eggbeater drill) for this as it's gentler than a power drill. You may need a countersink bit or tool, but you can get away with a larger drill bit for that in wood.

Either of these approaches would allow you to do up the last few from the outside, possibly ones that will be out of sight once it's in use, and possibly with the addition of gluing the last few nuts into place to let you get the screws started.

It might sound crazy at first, but consider "sewing" them together. The same principle is used in (traditional) book binding, where several pages and covers are sewn together. Only in this case I would use thin wire and twist the ends to tighten it instead of using thread and tying a knot. 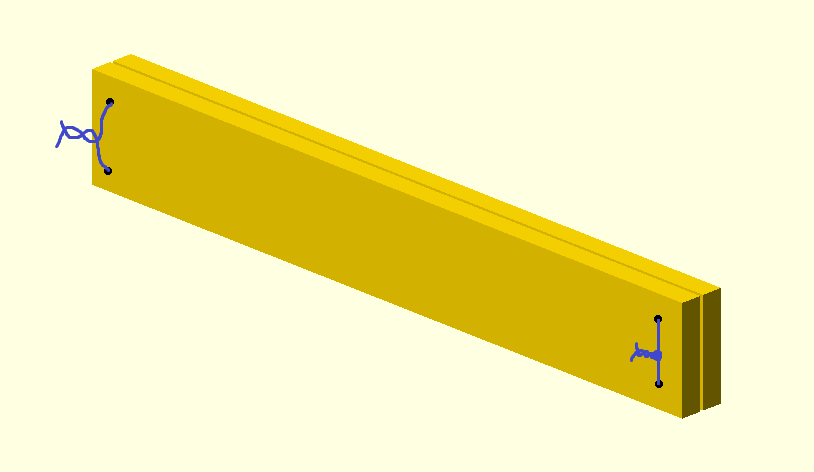 Hold the slats together with "U-channel" binder strips. These are plastic channels typically used to bind reports by sliding them onto the edge. 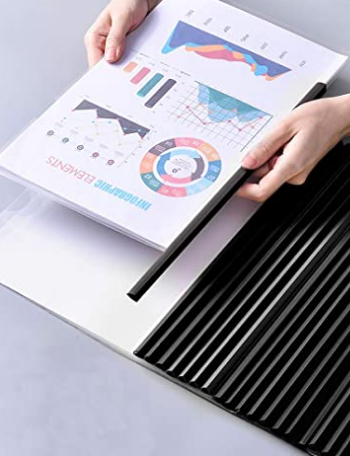 A pair of 3mm thick slats plus the rice paper will be approximately a standard capacity (1/4" on the US version) for these binders. They can be cut to length, or several positioned next to each other for long runs. They apply enough pressure so that something like a lamp shade will stay together.

This approach doesn't require drilling any holes and leaves a finished appearance. You can take them off to repair the rice paper and then reassemble it. Black and white are commonly available colors, but you can find them in other colors if you hunt.

They won't last forever, though. After maybe a decade, the plastic can become brittle and they can crack. So if you need the shade to last forever, you would want to periodically inspect it for any cracks and maybe plan on replacing the channels prophylactically every 5 years or so.

First of all, build some jigs.

1). make a jig to hold each strip flat against the bottom like the blade of a hand plane but with an attack angle of 45 degrees. Allow the edge of the strip to protrude downward from the skate of your homemade plane just enough that the top most edge of the strip is level with the plane of the bottom. Then apply your wooden bladed hand plane to a hard-surface mounted sheet of sand paper until the protruding edge is sanded away. Repeat this for both ends of every strip. This should leave you with beautiful mitered faces like the ones shown in your drawing.

Glue set of three strips into your triangle shapes using wood glue and painters tape as clamps. Once they are dry, you can build your second jig.

The second jig is just a larger triangle, built the same way as those which you just glued up, but made of thicker wood. The inside opening of this larger triangle should be just big enough to allow one of your new triangles to slide inside. This second jig should be mounted on a stable surface such that one of its equilateral faces lays flat against the base while the other two standing upright such that the pointed/mitered joint between them is at the top. Into this top point, we will want to cut a groove in the middle of each side, perpendicular to the plane of the base and parallel to the length of the bottom side. I hope that makes sense as this isn't easy to describe. What I am trying to set up is a saw guide which can be used to consistently cut spline channels into all three corner faces of each of your triangles. The inner walls of this jig's encompassing triangle should hold your project triangles steady as you carefully saw each channel.

Once this is done, you can cut small triangles out of an appropriate thickness of wood and glue them into these channels as corner splines. Here is an article that describes the idea of splines better than I can. It's target shape is a square box, but the idea is the same. The jig described in that article has the corner facing downward which works well with tablesaws. The jig I described has the corner facing upward which works better with handsaws.

As a bonus of this technique, the flat surface of the spline material which protrudes into the interiors of each corner of your triangles could provide a great surface to attach/glue the rice paper to.

I think I would use the so-called chicago screws. They are not countersunk though, but it will be simpler then common countersunk wood screws because for the countersunk (self-tapping) screws you will still have to drill precise holes and then extra drill the deepening for the head, which is not as easy as it seems. For the chicago screws you just drill a hole once and don't need to be super precise. Removing afterwards is also easy if you don't tighten them hard.

Chicago screws are available in all possible sizes and you could even find some with realy thin head profiles, check on aliexpress for example.
E.g. here is an example with a very low profile head: 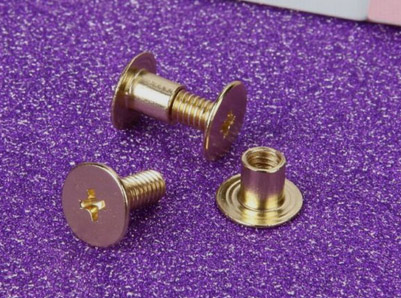 Both are easily removable but strong enough for a lamp shade. And better yet, both parts can be made to be invisible from the inside!

For the magnets, you can buy thin round magnets and then just use thin strips of metal. The best part of magnets (in my mind) is that you can use a jig to prepare all the side pieces the same; each piece would be interchangeable. See the ASCII art diagram below for my thoughts...

So the O is a flat bottom hole "drilled" using an endmill (using a regular wood bit would work too, but lots of care needed on depth). The hole need NOT go all the way through the piece! Then you would use a router at a very shallow cut to remove only a little more depth of material than whatever metal strip you have.

In the case of velcro, just do the routing part on the middle of each side piece. and instead of classic velcro maybe use some of the 3m style that both sides are the "hook" part of the velcro but can be "snapped" together. That way all pieces are the same and can be rotated and you don't have to worry about matching the female/male (aka hook/loop) of the velcro.

Not the answer you're looking for? Browse other questions tagged wood woodworking fasteners .

6
What type of thin or light wood is suitable for making box joints?
1
What are possible sources of wood pieces from for making musical instruments?
3
Staining wood blue with chemicals
4
How to properly glue wood to a silicone mold to later fill with another material?
3
Is it possible that the wood used in newer pencils could be a bit better than old ones from same series? Or wood could degrade with time?