How can I cleanly finish and starts rows, using single crochet, in my pokeballs?

In my continued adventures in making pokeballs I have run into another issue that experimenting is not fixing. The balls are made just using single crochet (sc). Typically what I do for sc project row is something like this:

That works well for me and looks perfectly fine on something like a toilet paper octopus holder. However once the balls are stuffed in pushes that those stitches out creating a visible raised ridge on the outside. 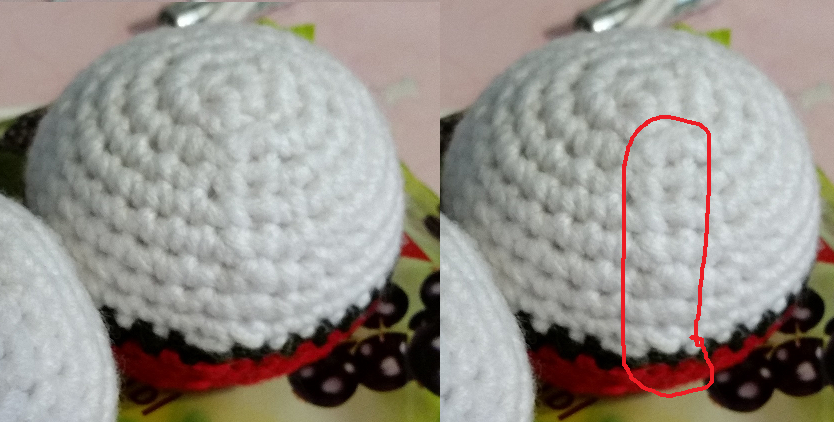 I didn't find the instructions I was following, which are pretty much the same for all balls or spheres, clear on this matter.

So to try something different to see if I could avoid this I tried the following instead:

This fixed the issue I am describing but the row ends also biased (instead of forming a straight vertical line every row moved over one stitch). Some people might not notice this - but I do!

How else could I be doing me sc in a sphere or ball so that I clean relatively flat row ends that don't bias?

Genrally in amigurumi you don't crochet in rows, but in spiral. This way there is no visible seam at all, but you usually need a stitch marker to keep track of where rows begin and end.

Here is a photo of a bottom of a bunny I made, to illustrate how it's done and looks: 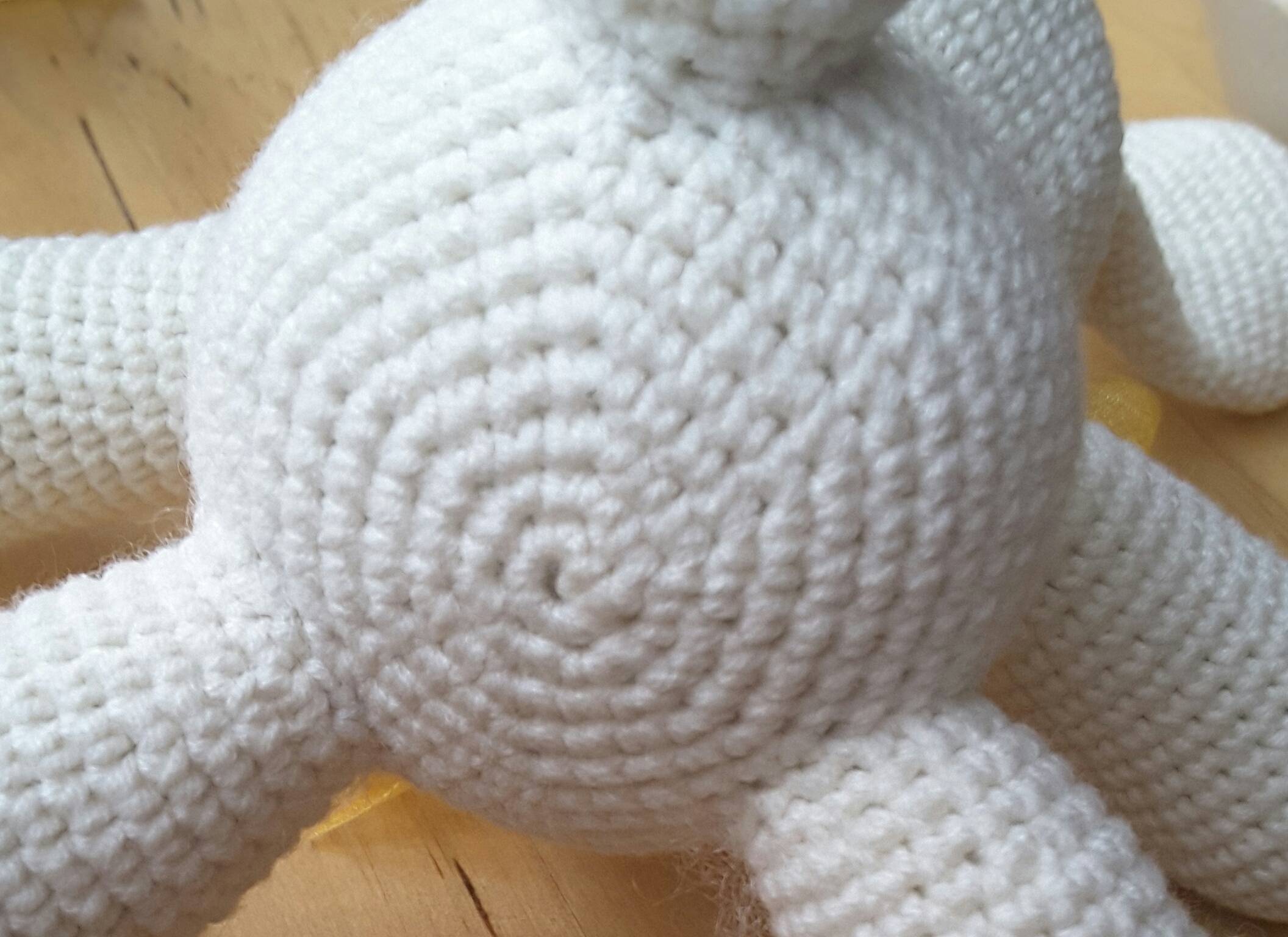 18
What's the difference between crochet, knitting, and tunisian crochet?
10
How can I hide ends that have been woven in on a crochet project?
14
What is the conversion for UK and US crochet hooks to mm?
2
How to starch crochet snowflakes (and other lace items)?
9
What are the equivalents between US crochet stitch terms and UK terms?
3
What are the common abbreviations in crochet patterns and more importantly what do they mean?
3
How can I finish the tops of my balls so the stitches are not so open in appearance?
8
How can I do my Poké Ball decreases so they appear tighter?
9
What is the difference between normal single crochet and single crochet into back loop only?
8
How to prevent Tunisian crochet from curling?