Stack Overflow for Teams is moving to its own domain! When the migration is complete, you will access your Teams at stackoverflowteams.com, and they will no longer appear in the left sidebar on stackoverflow.com.

Check your email for updates.

How can I avoid chipped edges on glass etching with a Dremel?

I've been trying my hand at etching glass with my Dremel 4000 & a Flex Shaft. I've been experimenting with different diamond bits and speeds but my edges always come out chipped.

The glass I'm practicing on is from a candle, so it's pretty thick.

If anyone could give me some tips, I'd really appreciate it. It would also be really helpful if anyone could share links to some good bits. Searching Amazon gives me hundreds of results and they mostly seem to be the same thing. 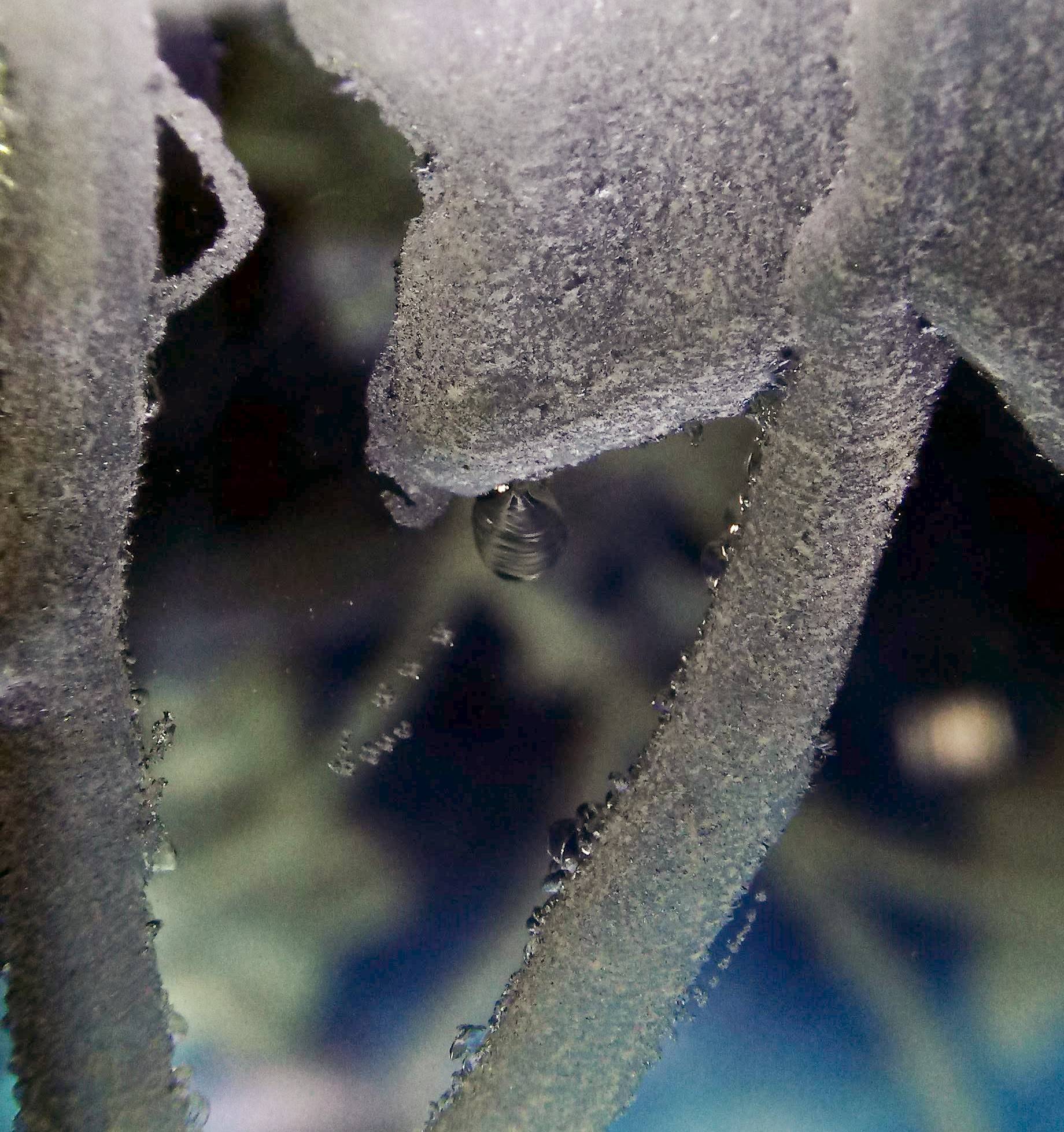 It's hard to diagnose without seeing the bit you used, but here are my ideas:

The line in the center of your image has only one chipped edge on one side. That implies that the problem either arises at the side where the tool starts touching the glass or leaves the glass.

If you turn the glass (or the tool) so that the rotation of the bit is parallel to the line you're etching, the chipping might still occur, but it won't be visible because it'll be part of the line.

The bit you're using might be too coarse for glass. Of course the bit needs some grain to be able to etch glass at all, which would be visible as bumps under the microscope. When one such bump touches the glass, it breaks tiny parts of it away. High grain bits have a lot of tiny bumps, which break the glass away evenly like a chain saw would cut a block of ice evenly. With lower grain these bumps get bigger and fewer, chipping away chunks of glass like an ice pick would chip a block of ice.

I've made the unfortunate experience that bits sometimes won't be centered properly in the collet. You can have the same effect if the shaft of the bit is slightly bent or if the stone of the tool (if it has one) isn't centered. As a result, instead of a constant grinding you get a tool that jumps over the surface like a miniature jackhammer.

Most common would be a rotary bit. This one would be specifically for glass carving: Amazon link
The bottom row would be the fine detail tips, would be beneficial to wanting to carve out small detail.

Brand wise, you really can't go wrong with a rotary bit. I have been in the tool industry for about five years. Yes, you can get really high quality rotary bits. They will last a long time. Dremel would be a medium range quality of rotary bit. Which would be recommended to a hobbyist, or even a professional.

8
Rotary tool: How to insert bits into collet straight?

9
How can I dop opal for cabbing?
6
Can I make doublets with a Genie and a trim saw?
9
How can I stabilize flowering tube onyx?
19
What can I do to smooth and polish hand cut glass edges?
3
How can I repair broken glass inside a stained glass project?
3
How can one blow/work with borosilicate glass to a container of precise dimensions?
8
Rotary tool: How to insert bits into collet straight?
3
How can one leave internal void cavity in fused glass piece
3
What can I use to cover raised mosaic edges?