I am trying to make a ring box and I am having trouble finding these type of button locks: 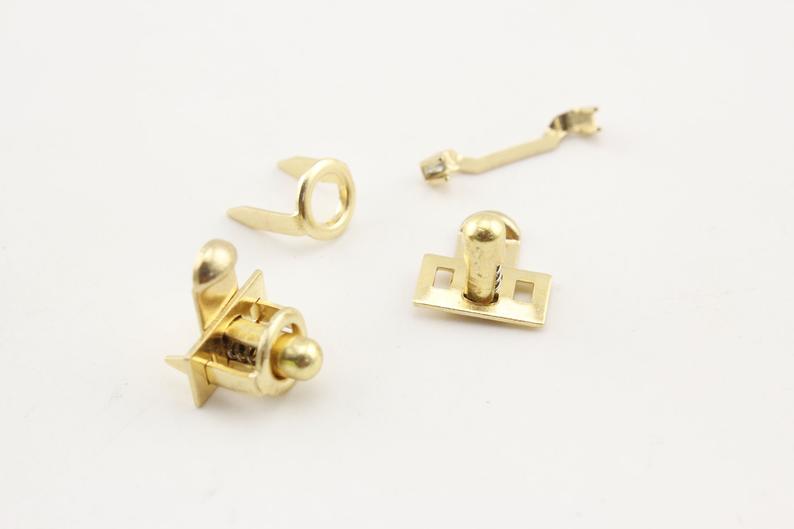 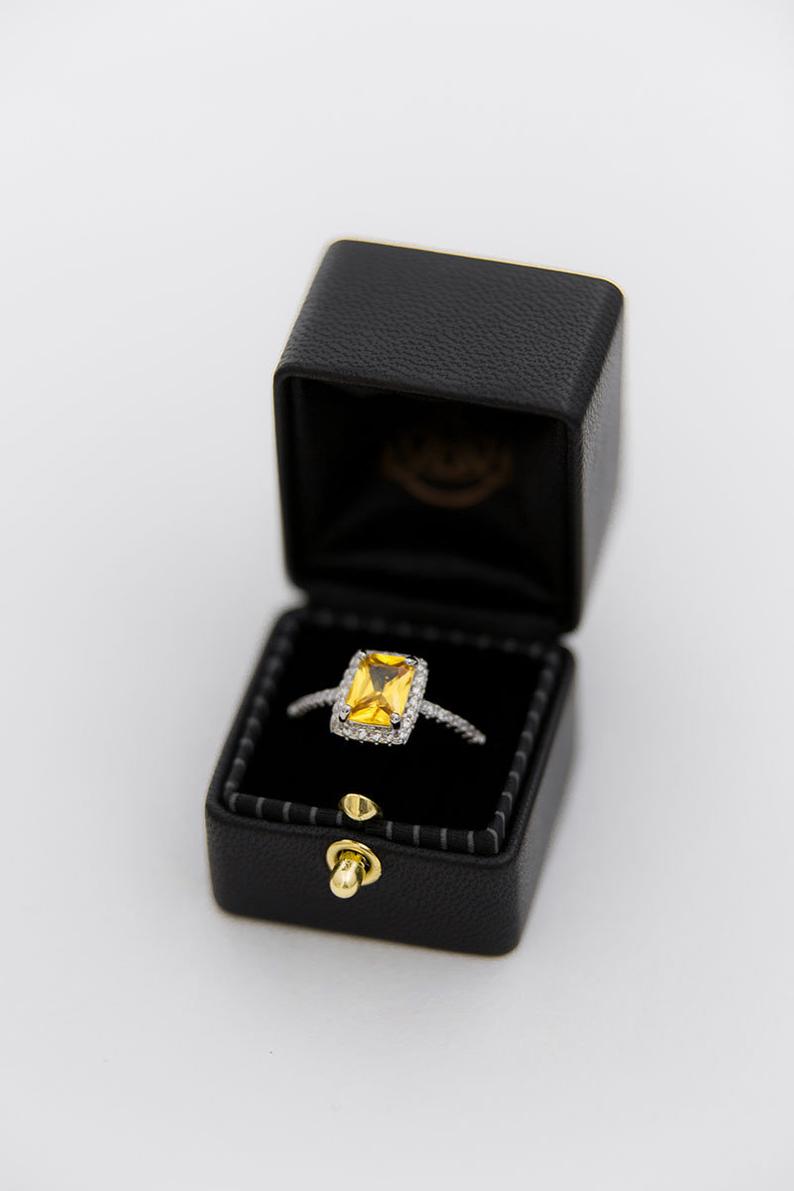 What is the name of this kind of button lock? I cannot find it selling anywhere because I have no idea what that is called, nor do I have a clue where to look for something like this.

Edit: I've made some progress, but still stuck at locating such a supply of this item. This kind of push button latch, hasp, clasp, clip lock, snap fastener is frequently used in metallic pill boxes and similar items. 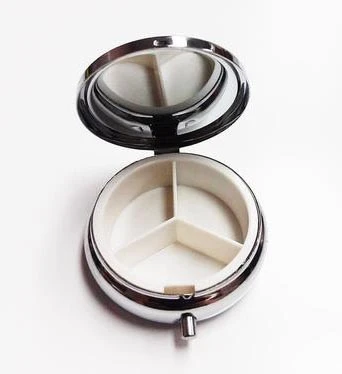 There does not seem to be a specific name for this exact type of hardware. It is referred to generically as a "push button catch" or "push button latch". I found a number of examples on small boxes like jewelry boxes and ring boxes; some were all brass and some had buttons of other materials.

All of the examples I found were identified as "vintage" or "antique", and most dated from the late 1800's to early 1900's. It looks like this was a popular style of catch back then.

I wasn't able to find new catches for sale at general sites like Amazon, the big arts & crafts stores, or sites that cater to craftsmen, like woodworker sites, where you can usually find unusual or specialty hardware.

However, I did find some boxes with that style of catch that are currently being made and sold, so perhaps a cheap version of the catch is being made in China (if that's the case, you would typically need to buy in bulk). For example, Push Button Single Ring Box - IntercomUSA is sold in lots of 12 at $2.42 per box for the entire box, so the bare catch that went into it must have been dirt cheap (not brass).

Luxury Vintage Design Soft Leather Ring Box Gift Box Turquoise | Etsy looks like a higher quality, handmade box. It might be using the same catches, or even starting with something like the cheap boxes in the previous example and covering them. You could try contacting the seller and see if they will tell you where they get their catches (or maybe they will sell you some of theirs if they had to buy in bulk).

I didn't investigate Alibaba. That isn't typically a source for small quantities. Another idea would be to search sites like eBay or Etsy for old boxes in bad shape that contain that kind of catch (or cheap new boxes like the first link). You could cannibalize the catch from the box, or strip the box down to its skeleton and make a new box from it.

Not the answer you're looking for? Browse other questions tagged material-selection or ask your own question.

4
Recipe for Gesso used in gold leaf gilding
3
What material is used for inflatables?
7
What materials can be used to stiffen a leather bag?
4
What's the name of this type of acrylic?
6
Wood used for Christmas Colored Flame Yule Logs?
5
creating something like an expanding ring mandrel for my homemade lathe
2
what could be used hanging object such as painting on wall without nails?
4
Name for a retractable spring
2
What sort of fabric could be used for this costume?
5
Different materials that can be used for origami