I have noticed that some concrete items (actually often interiors of buildings) have a certain texture characterized by being very smooth with tiny bubbles as shown in the image below. Is there a term for this type of concrete texture or a technique for achieving it or a special type of concrete that produces it? I don't think it's often done deliberately so I have been having trouble with google. 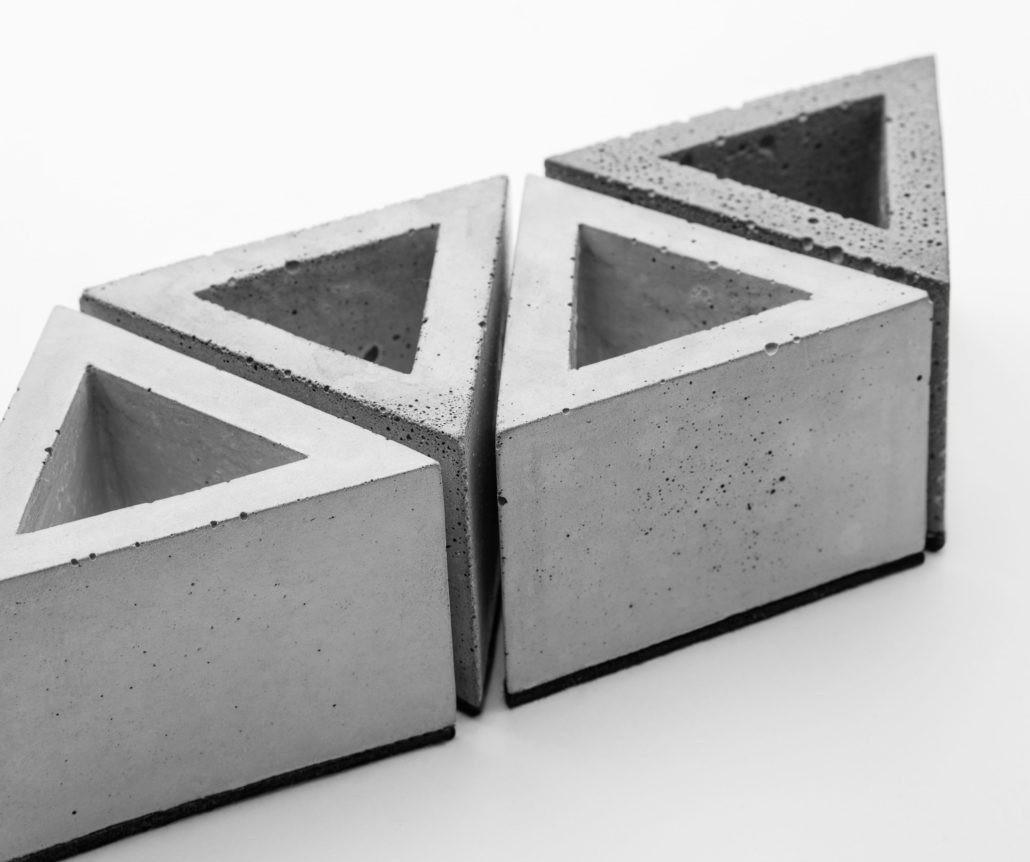 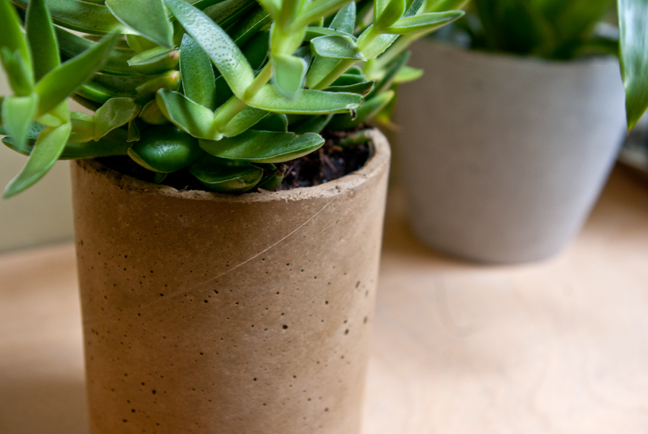 The fineness of the sand determines the surface texture (ignoring texture created by the surface of the mold or through a treatment like brushing the surface).

On something like a sidewalk, where high traction is important, relatively coarse sand may be used or combined with finer sand, resulting in a gritty surface. Finer sand is used for purposes such as building construction. Non-decorative concrete walls are pretty smooth but "flat" (as in not glossy). For concrete countertops and some art casting, extremely fine sand is used. If the mold has a smooth, polished surface, the resulting concrete can look like shiny stone.

The triangular castings in the top picture look like ordinary, general purpose concrete (although the units toward the back look like they were made without using good technique that an experienced concrete worker would use for structural purposes). The planter in your bottom picture looks like it was cast using a general purpose mix, either a concrete topper or one containing very small aggregate. The irregular rim and non-uniform color suggests this could have been mixed with some other material, or it was a recipe mixed from scratch. But the surface texture looks like the sand particle size used in a standard, general purpose mix.

Concrete has bubbles. Air fills the space between the particles when it's dry and air gets blended in when it's mixed with water. Concrete starts with bubbles. If you don't do anything to it, it will harden with bubbles. For concrete structures, like buildings, bubbles affect the strength and longevity. So after fresh concrete is poured, it is vibrated to help the bubbles work their way to the surface.

On something like building construction, the forms are often very tall, so even pouring and working in layers, it's hard to eliminate all the bubbles. With art casting, the craftsman may not have been trained in concrete techniques. But on a thin-walled casting like the planter in your bottom picture, it's harder to get all the bubbles out.

It also could have been intentional to give it the appearance of crude, poured concrete, which is a different look from the smooth surface of clay (they could have achieved a clay-like surface texture in concrete with a different mix and technique if that's what they were going for).

However, referring to the cast triangular item in the upper right of the first picture, that has an unusual amount of bubbles -- more than concrete normally has. That one looks like the craftsman may have been experimenting with partially foaming concrete. They may have used additives, and probably whipped the concrete more than blending it.

If you see hardened concrete with visible bubbles, the term for that would be "concrete". A more precise term for concrete with the smooth, flat surface texture like the items in your pictures would be "general purpose concrete". The technique for achieving that surface texture would be pouring it into a form or mold with smooth sides and then leaving it alone until it's hard.

Basically, what's pictured is not special in any way and doesn't have terms for a special mix, technique, or finish. It's concrete with no special treatment. It would take a special mix or technique to make it look different from that.

Not the answer you're looking for? Browse other questions tagged concrete or ask your own question.

7
Issues in mixing brass with concrete?
4
What is considered the most durable concrete for jewelry?
5
Alternative to Shapecrete - moldable concrete that is workable like clay
2
Is DecoArt Standard Crafter's acrylic paint good for a concrete cockerel for outdoor use?