What art style is this? 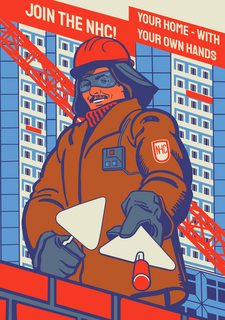 The style in the image in your post is based on the Soviet Constructivist style of poster art. Yes, these designs were primarily made for propaganda purposes but there are many styles of art that have been used in propaganda. The severe angles, use of large block print, saturated colors and boarders, the proletariat as hero, etc. are all specific to Constructivist imagery.

Below some specifics can be found.
Without more input it is hard to pinpoint what exactly attracts you in the image, so I've made a quick analysis.

The first three properties most clearly resemble a style, and are indicative of a specific type of western comic book style (the superhero comic book genre for example, as typified by (golden, silver, and bronze age) Marvel and DC comics - see Image 1).
(But see also the note two paragraphs below.)

The fourth property is indicative of the technique used or emulated, and brings to mind certain printing techniques like screen printing and stenciling (see Image 2).

The last two characteristics are exemplary for (most typically World War-era) propaganda artwork (see Image 3), which is a type of communication.
The second of these especially reminds me of the iconic Uncle Sam poster (Image 4).
Note that many examples of this kind of design naturally have line art that is similar to that used in comic book art, so 'comic book style' is partially redundant. 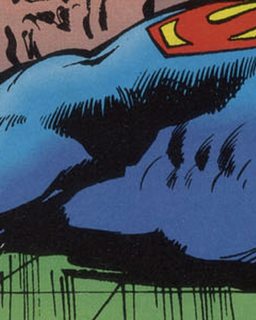 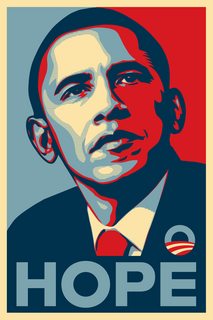 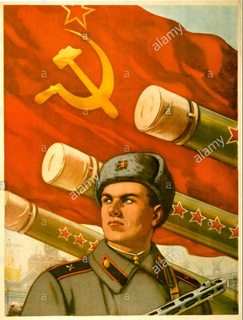 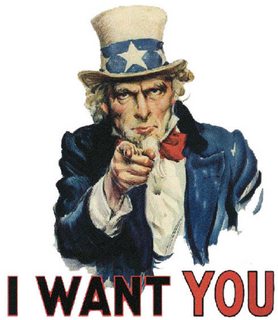 I do feel the image you uploaded is a somewhat ineffective mashup of several styles typical for this kind of communication (e.g. the HUD and electronic device might have been added to an original design and are too detailed in comparison to the rest - but the original is not very well-designed either, from an aesthetic and compositional point of view).

Another great way to look for similar images (without the need to figure out the proper terminology) is to upload the example to websites that allow for image searches. I find Yandex is a great option, since it seems to find the most images that are similar, instead of just identical.
This link was generated after I uploaded your image, have a look!

Not the answer you're looking for? Browse other questions tagged style-identification .

12
What name best describes this style of pen-and-ink art?
6
What art style does this black and white work represent?
4
What kind of art style is this?
3
What style of art is this?
2
What is the artstyle called where they have the protagonist large and all the other characters within the perimeter of the protagonist?
6
How to describe this style of pencil art?
5
How can I describe this alien-looking sculpture art style / concept to find other examples?
4
What's the name for the pen and ink drawing style seen in J. J. Grandville's art?
1
What's this art-style?
2
What is the style of the bas-reliefs in these photos?