How to tell a story through pencil drawings?

When sketching, I can usually visualize a comic strip containing multiple images that tell a story. I want to try merge the images of a comic strip into a single drawing that has a story. I don't know how to merge these images as each of them are from different points in time and have the same character performing different actions. An example I have in mind is:

I could draw each of these bullet points as an image on its own, but I don't know how to draw a single image representing all of them.

What drawing techniques can I use to tell a story and depict change?

There are several different ways you can depict multiple actions taking place over time in a single panel, depending on who is doing the action, what the action entails, and which components remain constant/static over the duration of those actions. The key is that you are depicting both movement in time and space (e.g. you're showing an action that occurs over time, not multiple actions taking place simultaneously).

For instance, if you had a pet mouse crawling all over its human companion, you could have the human remain in a single, fixed position. For the main image, you could have the person sitting at the kitchen table, holding the mouse in their hand to illustrate their relationship with each other. But then the mouse can be drawn in many other places to create the impression that it's curious, energetic, and explorative - in the person's hair, on their shoulder, peeking out from the cuff of their other hand, sliding across the table, climbing the back of the chair, peeking out from behind the salt shaker on the table or a jar on the shelf behind the person. The other action poses of the mouse can be drawn in less detail or in lighter shades so that the main pose - that of the person holding the mouse - is more emphasized. Sven Nordqvist makes use of this technique in Pettson and Findus quite often - see below for an example. 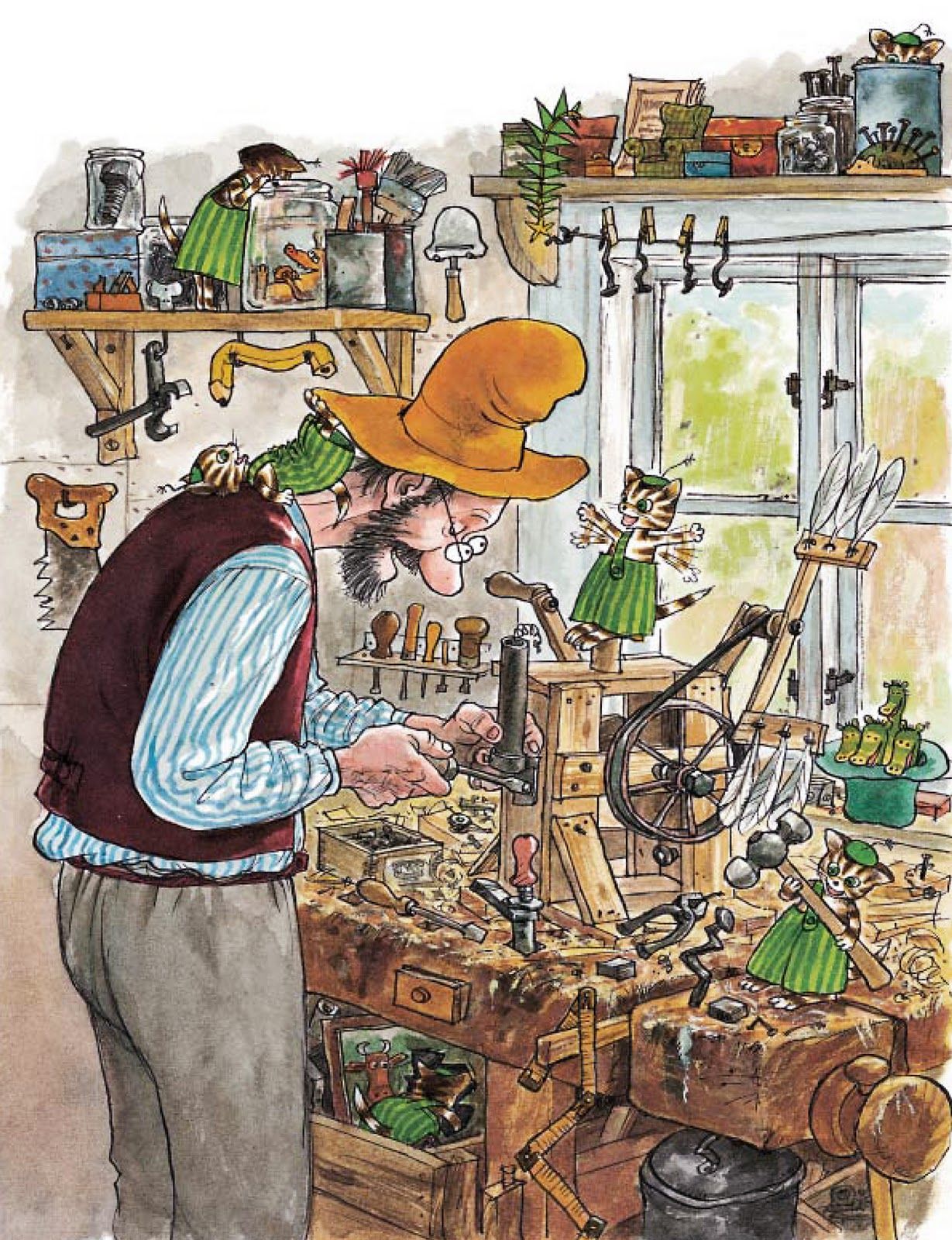 For an action carried over a distance, you could show a long, landscape drawing with the subject shown in various mid-action positions to illustrate their movement across the landscape - for instance, a child running and playing through a park. You could even depict a greater passage of time by having the subject and other components of the background (trees, houses, etc.) age as they travel across the scene - think of Simba, Timone, and Pumbaa as they cross the log bridge in Disney's "The Lion King" (the original animated classic; not sure if the newer movie has this scene) - as they travel over the log, you can imagine creating a single still image where they are young at the start of the log, and as they walk from left to right across the log, in the middle is a young, adolescent Simba with Timone and Pumbaa, and near the end of the log he's full-grown, mane and all. 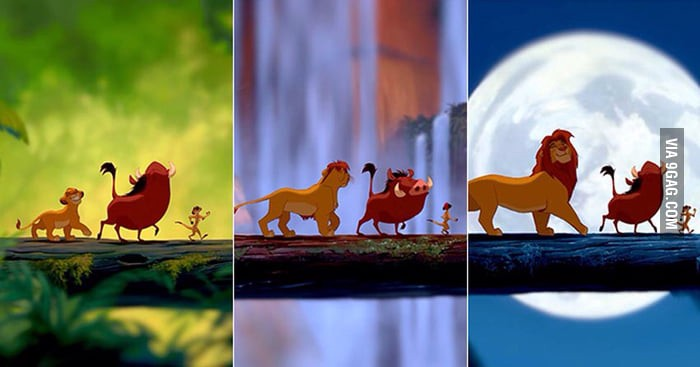 I have also seen some stunning examples of actions taking place over a single vertically-oriented panel in comics drawn by NanoMortis and Yuumei on DeviantArt. Here is one such example: "Up All Night" by Nanomortis

In your particular example of the coffee-drinking vampire, you could have the starting and ending positions of the vampire change over time. For instance, perhaps he starts out seated at the table/counter, slumped over the lively cup of coffee, but then after drinking the coffee, he perks up, while the now sad and empty cup of coffee has been knocked over on the table. You can have these poses overlapping and have one constant, static setting, with light lines drawing the intermediate stage(s) in between. If you're using color, that could be a great way to show the transition from the first phase to the final - perhaps a cool color scheme transitioning to bright/hot (to show the change in the vampire's energy), with the intermediate tones in muted/light tones so that the first and final stages are the most contrasting colors and pop out more than the transition. Otherwise, if you're working in graphite only, you can use dark, sharp, crisp lines for the final pose only, and lighter lines for the earlier position and transition. In either case, the transition poses should be less detailed to avoid cluttering the image too much and to produce the illusion of movement.

If the first and final poses are too similar, such that they overlap significantly, then you might need to do a sort of "merged panel" drawing - that is, show each of the stages (including the inanimate objects in the background/setting- you can link the counter together to appear as one continuous object to establish continuity between each stage) repeated over the length of the image, but separately instead of overlapping (or with some slight overlap). This may work if there's a certain motion that carries through the repeated image (e.g. the motion of lifting the cup to the vampire's mouth can help guide the eye in the same direction over the repeated images).

These are just some ideas off the top of my head, but hopefully these can help give you some ideas to work with. Good luck!

In order to reduce to one image, the bullet points/sequence need to be refined. That is, your thinking and understanding of what it is you are exploring or engaging with needs to be refined. Try drawing the four images, redrawing them and redrawing them again. While you are drawing think about what is important to you in this sequence. What are you drawn to? Is it possible to separate it from these specific forms (vampire, coffee cup), or not? Where else does it exist? If you then respond to these questions through drawing and repeat the process again you will begin to generate a dialogue that will allow your sequence to reduce to one.

Not the answer you're looking for? Browse other questions tagged drawing .

5
In comic making, what purpose does cutting a single image into panels serve?

9
Do I need a non-photo blue pencil for scanning drawings?
26
How can I avoid smudging my pencil drawings?
15
How do I get a blur (blended) effect in pencil drawings?
9
How can I protect my pencil & charcoal drawings once complete?
9
How to erase pencil under ink?
5
How do I do different shades with a gray pencil?
1
How should I keep my unframed A3 size pencil drawings?
5
What is the name of my drawing style? Black and white?