I've recently come across a nice library of antique Irish crochet patterns at a site called APL. I'm having some trouble understanding their language (some of it seems to be different from what we use nowadays).

At this pattern, near the start of the leaf section it says the following:

I haven't found any modern resources that would explain what "3 under 3 chain" could mean. This "N under X chain" pattern repeats later.

What would that be? Is there a modern equivalent of that stitch under modern terminology?

For context, here's what you get by following the pattern up until that point (with thicker yarn). "A treble in each of 11 trebles" is the last step executed. 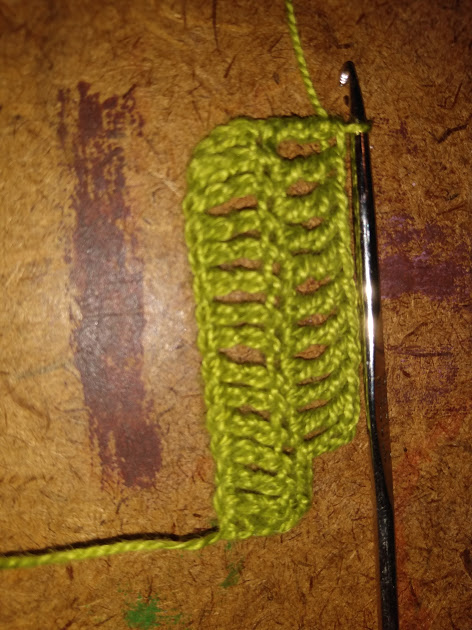 After trying to work it our for a while, I gave up and redid the pattern.

With the new configuration, I've come to the conclusion it means "3 treble on the space left between the first 2 stitches (which are a 3-chain), then chain 6". This and the following 2 instructions yield this result, which looks like the top of the leaves pictured in the guide: 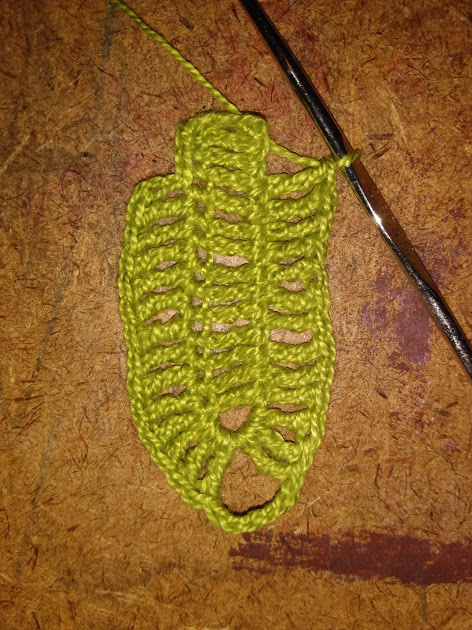 18
What's the difference between crochet, knitting, and tunisian crochet?
8
How can I resize this crocheted hat pattern for an infant?
3
What crochet stitch is similar to a garter stitch in knitting?
2
How do you properly use more than 3 colors in a crochet project?
5
What is this crochet stitch?
9
What is the difference between normal single crochet and single crochet into back loop only?
8
How to prevent Tunisian crochet from curling?
3
Crochet/amigurumi: joining two pieces
2
Embroidery on crochet afghan
1
What does this pattern mean in crochet?