Planes of the head (Loomis Method) 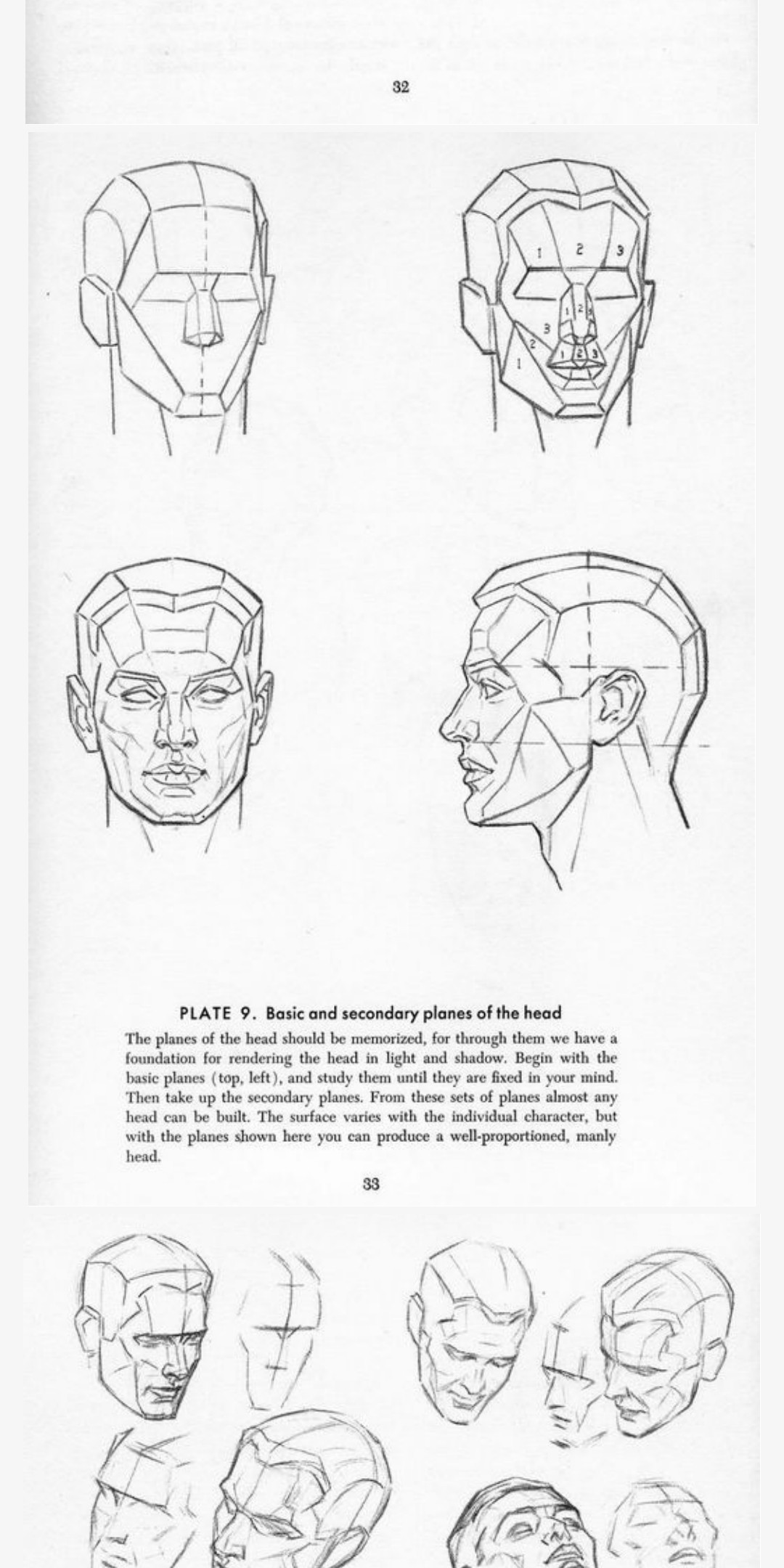 The "planes of the head" are the simplification of the constant curving of the head into areas that share a similar orientation. Meaning, take the curved surfaces of the head and flatten those surfaces to get the fewest flat areas while preserving the basic volume of the head. Think of the forehead, it is basically one big area that faces in a certain direction. The tops of the cheeks another area that generally faces in one direction, the temples another. Identify and outline these areas to get your "planes of the head".

Loomis is suggesting that there is a formulaic approach you can take to do this that results in the same general set of flat areas that to together make up a angular, flat paneled version of a human head. Then you have simplified shapes that will be easier to put into perspective and serve as the under-drawing for a smoother final version.

You need to be able to draw an arbitrary flat plane shape (a polygon) from different perspectives. If you can draw a given triangle or trapezoid from different points of view then to draw a head you would use the same technique with the collection of arbitrary flat plane shapes that you have extracted from the head and memorized according to Loomis.

It is hard to put into words exactly how to describe what the book is describing. Like stated above, 'you just have to practice.'
When looking at the page posted above, I also struggled in understanding the concept as well(long ago) and find it very confusing. Instead of seeing it as planes, I tried to see it as more coloration, like topographic maps. Depending how the head is titled, the angles change. 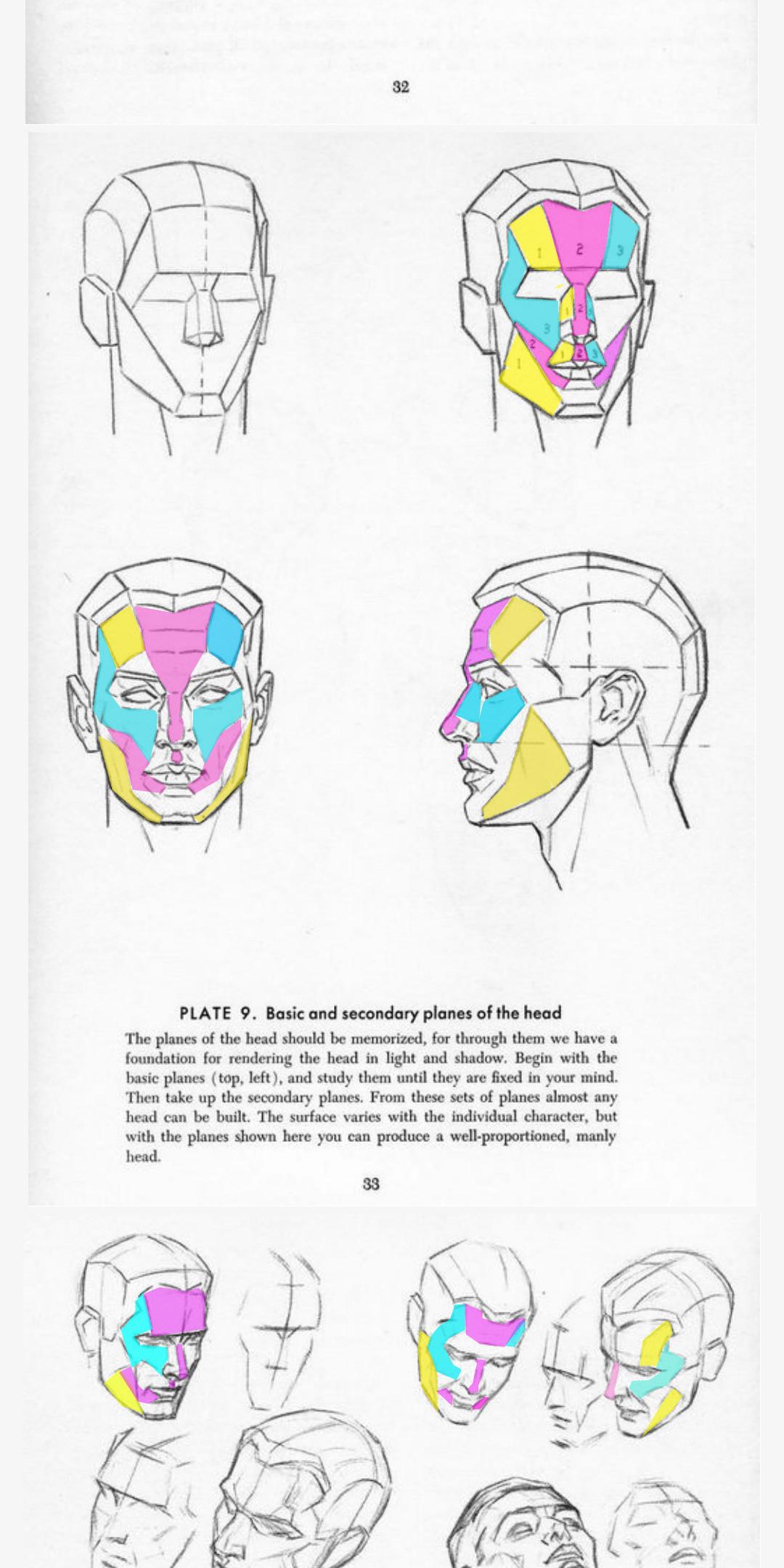 When the head is tilted down(like the bottom center picture) the jaw line is farther away from the viewer. The nose is closer to the viewer. When the head is tilted to the left or right(like the color image on the bottom left). Depending on which direction, you can tell the opposite eye appears to be further away, the blue coloration is closest to the viewer. The planes are a way to let the learner that there is depth there. Planes are what give the human face realism.

Not the answer you're looking for? Browse other questions tagged sketching portrait-drawing pencil-shading or ask your own question.

4
How can I do the hatching shading technique properly?
8
What's the term for the opposite drawing style to hyperrealism?
8
How to find the contours of a 3D object?
2
How to draw a head from all angles from imagination?
2
Inexpensive method for highlighting a sketch
1
Drawing a newborn baby
2
The differences between masculine and feminine features to improve my portraits
7
Is the starting point in sketching important?