What is the best method of hanging canvas on a wall to work on?

I've seen several videos and images of artists having their canvas stuck on the walls - paintings that they are currently working on.

I was wondering how they stick/place it on there?

These canvases are still unstretched and aren't framed, like those in the background of this picture: 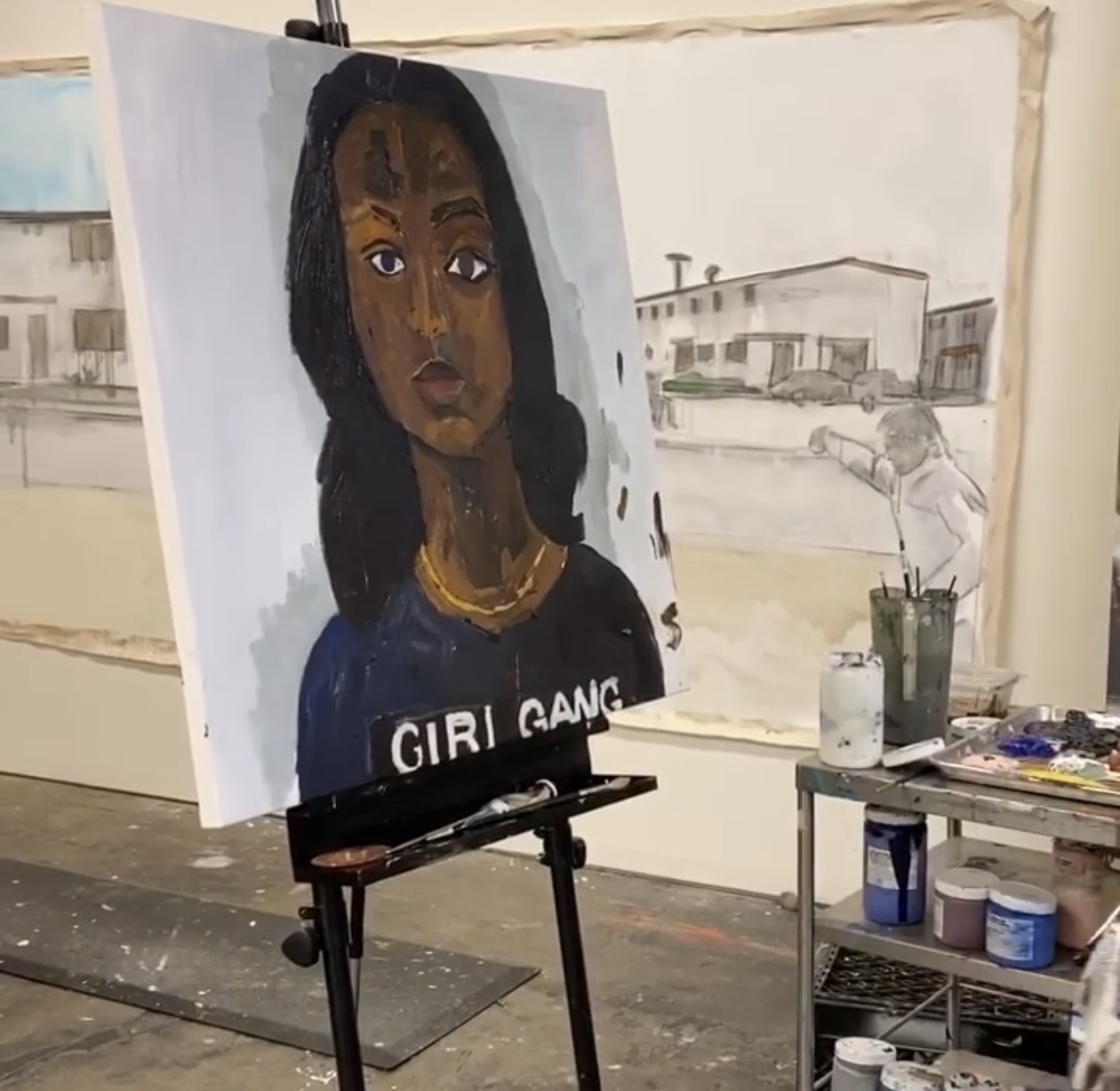 Would appreciate any help, thanks!

Staple gun or hammering finishing nails to the wall. How will it be presented after completion?

Because the canvas will have to endure a lot of tension and movement, especially when you work with large and rough gestures, and because canvas consists of fibres and has a lot of texture, using tape or putty won't work. You need hardware.

In addition to Not The Face's answer, I suggest using thumbtacks.
Make sure to stretch the canvas as much as you can while attaching it to the wall, so it is as flat as possible, and you can work on it cleanly.

Also consider grounding the canvas after pinning it to the wall, so it will become even tighter.
In case you take this approach, staples or nails are more appropriate, as they have a stronger grip (depending, of course, on the length of the nails, staples, and thumb tacks, the method used to put them in the wall, and the material of the wall itself).

If you're working with a concrete wall, the best bet with minimal damage all around would be RebusB's suggestion on attaching it to a wood board. Stretch it prior to attaching so it's taught and staple down onto plywood - this will give you the flexibility of moving it from one place to another as you need and minimal damage to the concrete wall.

I use thumbtacks too, sometimes even just tape for small canvases. It is easiest to use prestreched, factory gessoed canvas, but you can also stretch the canvas on a temporary frame, gesso it and then unmount it and, relatively, paint on it loose, the gesso drying pretty much stiffens it and once you are done painting, you can stretch it very tight (though it is much harder to stretch a finished painting) as the paint is still flexible (I do it with oil paintings, it maybe different for other mediums or very thick paint) it will "adapt" and it won't crack on you or something. Do not apply varnishes before stretching.

Not the answer you're looking for? Browse other questions tagged painting canvas .

16
What is the difference between linen and cotton canvas?
16
What are the little pieces of wood that come with pre-made canvas for?
7
What is a good work-flow for a water-color painting?
4
Is the canvas used in pre-made packs the same as plain canvas pieces?
9
What is the best way to create a stencil for a large spray paint image?
2
If a canvas is sagging are canvas keys the only option?
3
what is best used to "contour" a flat artists canvas
6
How to hang a painting on plywood on the wall?
3
How to get the best out of painting with poster colors on canvas?
2
What sort of paper is "The Dark Pool" album cover made of?