I recently created a commission piece made out of stretched canvas and acrylic. It was specifically made for bathroom decor on a wall. I didn't realize until later that the bathroom would have high humidity. So now my paranoia has sunk in. I have been doing acrylic paintings for almost a decade. I have used different variants of sealers. Sprays, and glues. Feel more confident about the Mod Podge because it is more a glue consistency, which would give it a lot more of a shield from the elements.

So my question is, can Mod Podge stand up against humidity? 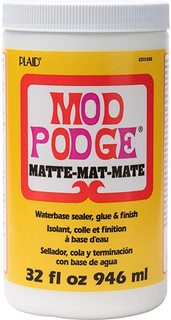 Come across forums on Etsy talking about humidity and getting the Mod Podge to dry with fans. That isn't what I am looking for, or asking.

Plaidonline.com has PDF talking about sealers and suggests to use a Mod Podge Adhesive spray after putting the Mod Podge sealer.

This piece of art was done for a relative of mine. So there isn't a lot at stake with this piece. I just wanted some more information, from others experiences. So I don't make a similar mistake next time. I could also consider again just going with an sealer spray. The Mod Podge was what I had on hand at the time of the painting. I've been just trying to make do with what I have on hand.

Found on modpodgerocksblog.com | Wasn't sure of its content was accuracy. 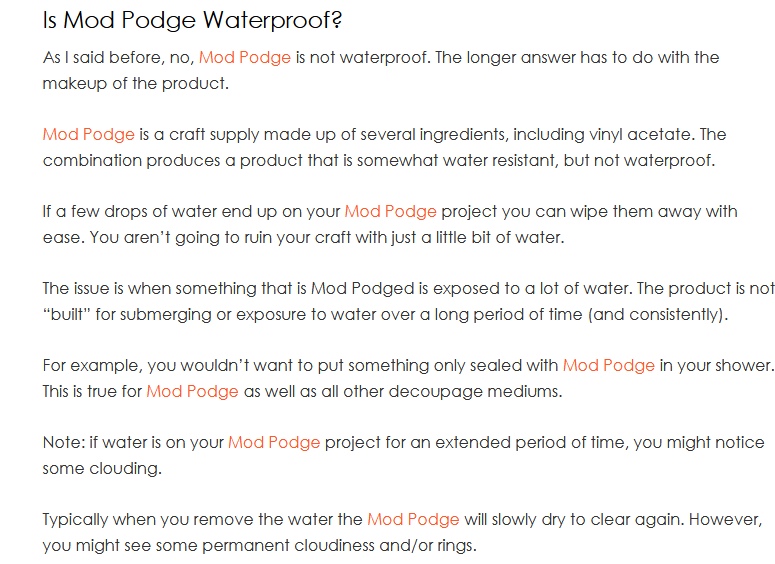 Upon further investigation, it seems to have a lot of detail related to Mod Podge. Mod Podge does not have an official website. 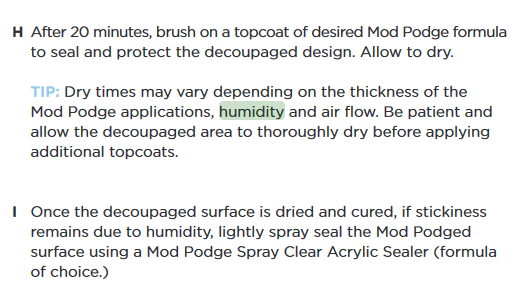 It might resist air humidity for a while, but I would opt for a more water resistant variant like "Outdoor Mod Podge" or "Dishwasher Safe Mod Podge".

The following information is taken from Is Mod Podge Waterproof?

Mod Podge is a craft supply made up of several ingredients, including vinyl acetate. The combination produces a product that is somewhat water resistant, but not waterproof.

If a few drops of water end up on your Mod Podge project you can wipe them away with ease. You aren’t going to ruin your craft with just a little bit of water.

Note: if water is on your Mod Podge project for an extended period of time, you might notice some clouding. Typically when you remove the water the Mod Podge will slowly dry to clear again. However, you might see some permanent cloudiness and/or rings.

As long as your artwork isn't subjected to the water stream from the shower, it should be fine. Usually in a bathroom there are times of high humidity, followed by longer times of dryer air. The normal Mod Podge might get sticky or cloudy over time (I have no experience with that), but more resistant variants should resist mist and humidity long enough until the air is dry again.

3
Is brush-on Mod Podge the same as the spray can variant?
3
How to prevent paint from peeling off of clay christmas ornaments?