I've been trying to make an acrylic lamp for a while - in short: engrave a piece of acrylic, and then put LED strip under it to light it up - but ran into some problems. 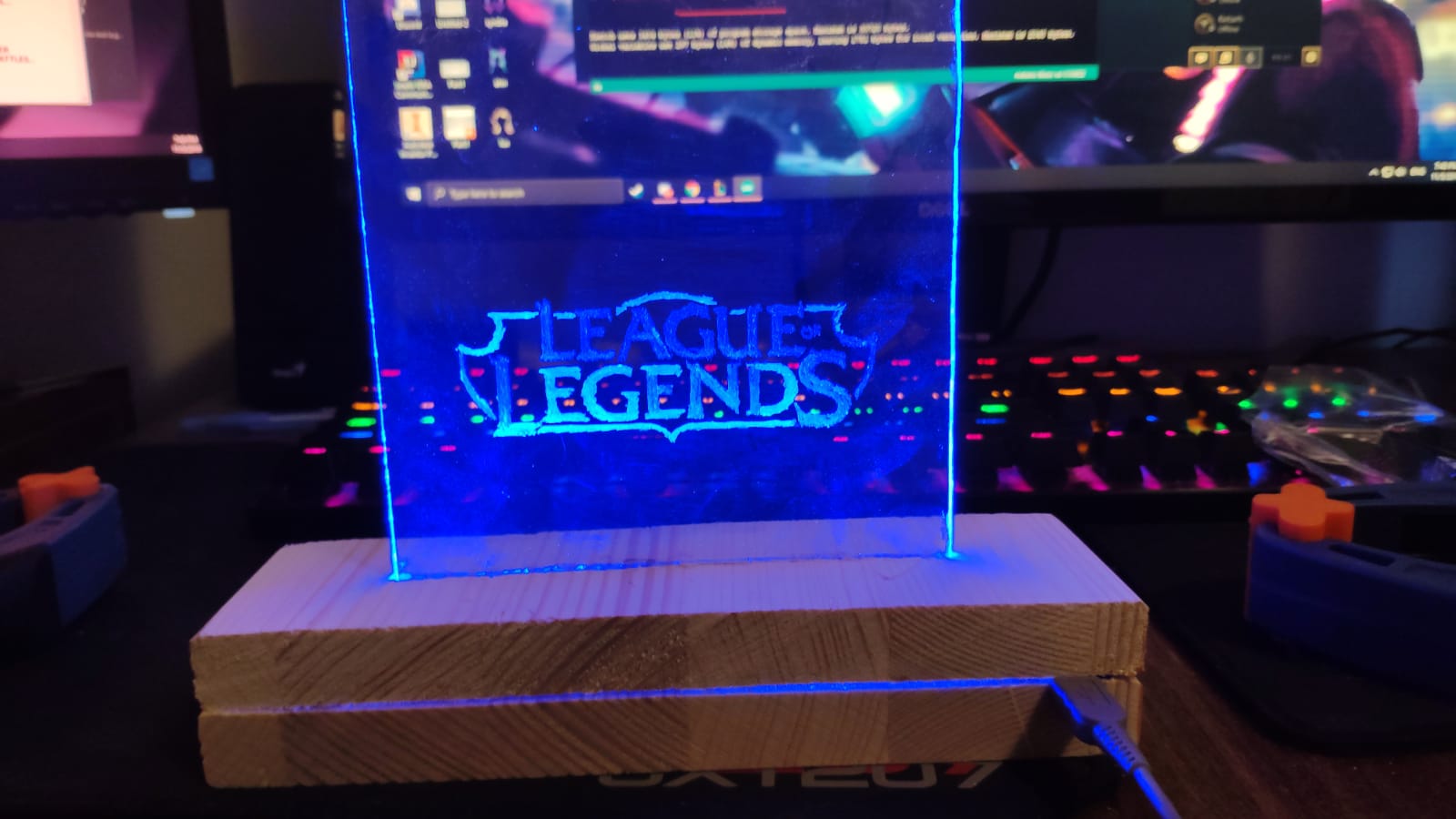 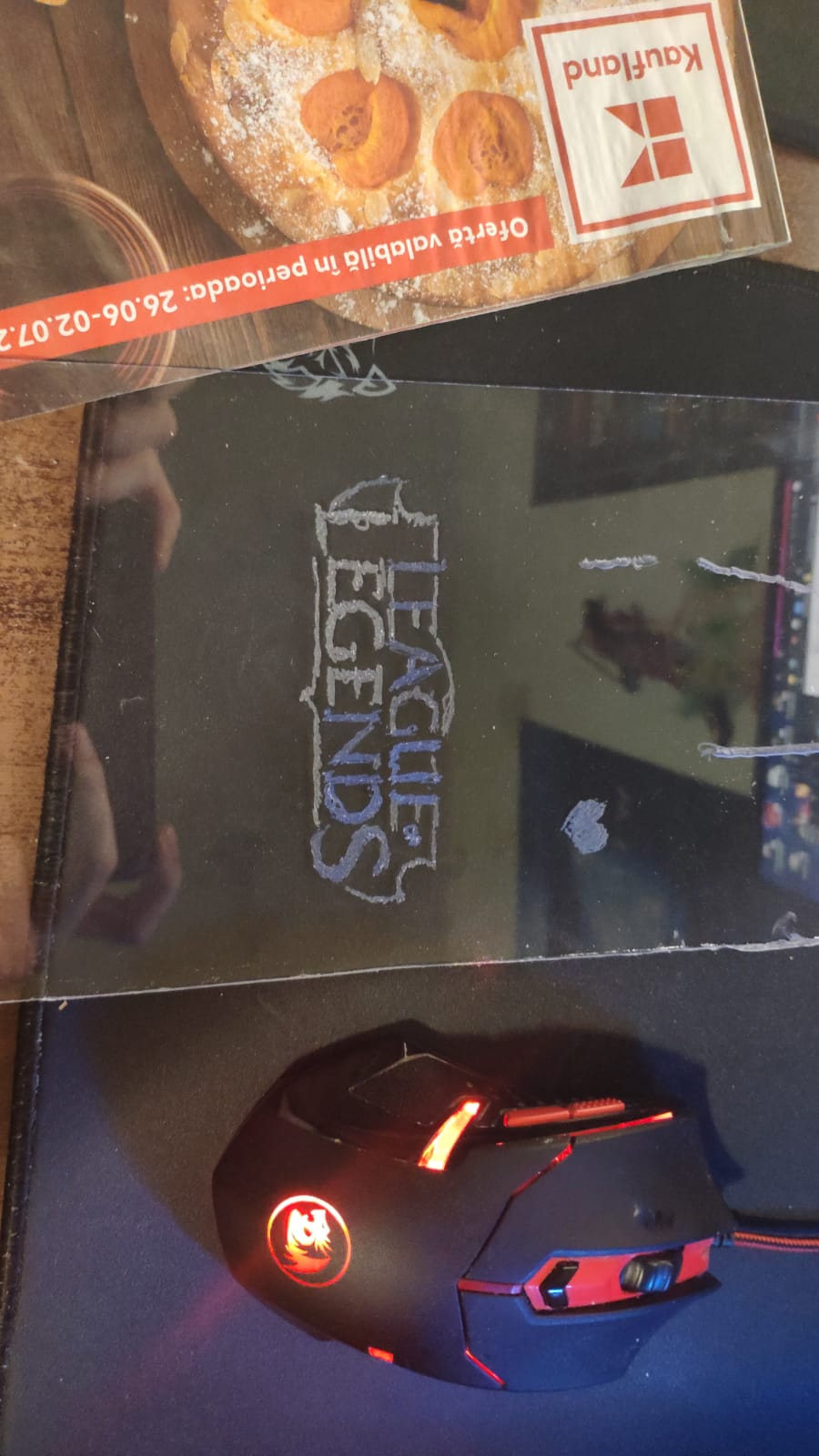 As you can see in the image, when I engraved the acrylic, the colors turned out to be a bit weird: in some spaces the light "doesn't fully go through/show as bright", even when placed onto a black surface - you can see it's different.

Any idea of what I am doing wrong?

I used a Parkside engraving tool (like a Dremel).

Short answer: you are using the wrong technique.

To get a very uniform deflection, all the scratches have to have the same orientation. You can see that the bottom edge of the engraving is illuminated very well, while the left and right borders are almost invisible. You probably turned the acryllic sheet around while engraving the border and now the places that the tool cut horizontally deflect the light outward to you, but the places where the tool cut vertically or diagonally deflect the light into different directions, thus making it less visible to you. You can see that very well in the D of "Legends".

The solution: You need to engrave the whole motif with a fixed orientation of the acryllic sheet and your tool. It seems to produce the best result if the tool cuts parrallel to the bottom edge, so the handle must be perpendicular to the bottom edge. You must not turn the sheet around or hold the tool in a different angle, regardless of the orientation of the line you're currently engraving.

An alternative solution is to order a laser engraving of your motif. Acryllic sheets are known to engrave well and create the desired effect. There are lots of companies online that offer laser engraving, but it's worth comparing prices.

Not the answer you're looking for? Browse other questions tagged plastic or ask your own question.

7
Materials and procedures for painting acrylic (Plexiglass) sheet
3
Are there toxic concerns with using a heatgun/torch on plastic/acrylic?
1
How to add weights to circuit board standoffs(spacers) of a acrylic board?
4
What's the name of this type of acrylic?
4
I am looking to melt some leftover acrylic into a mould, at home. Are there fumes that I should be worried about?