Updated: I've tried it. I don't recommend it.

I needed my big glue gun this afternoon and had some small sticks lying around so I gave it a go. Melted glue came out where the stick goes in, then hardened. It was a job getting it out - several minutes of poking around with knives, wire cutters and screwdrivers, and narrowly avoiding getting burnt. I got more glue out of the wrong end than the right end. 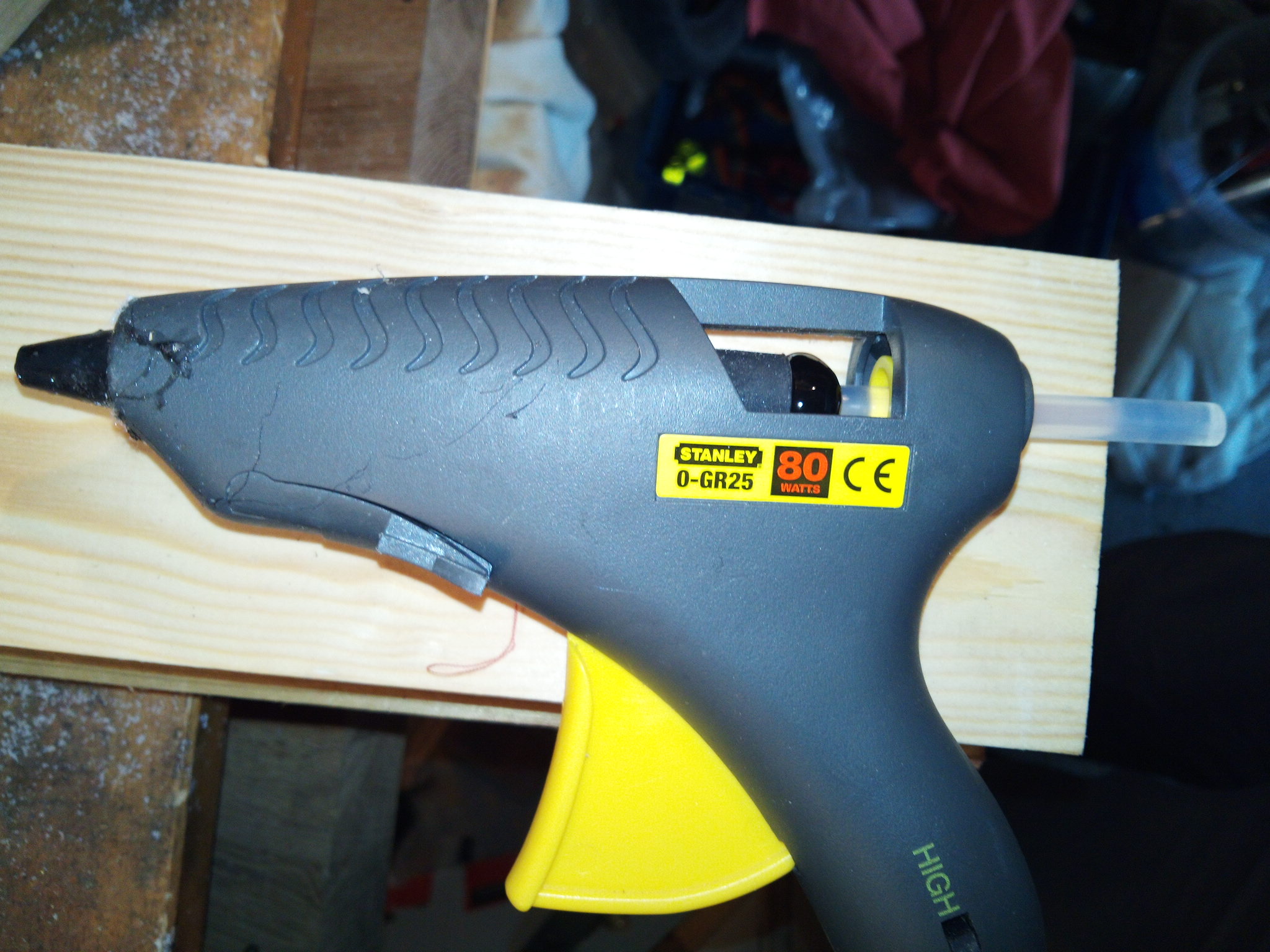 I had previously used black glue; that's what you can see just above the "80 Watts" label. The thin stuff I was testing with is clear. As I took the picture the black stuck itself to both the clear and the feed mechanism.

You will (I previously said "may") find that melted glue comes out where you push the stick in, so you will need a plan for cleaning up before it solidifies, or have a pusher handy (such as wooden dowel - a glue stick of the diameter the gun is used for didn't help).

There is one possibility of damage or more likely scorched glue: some big-stick glue guns (like mine) have two temperature settings. The hotter may be too much for small sticks (which I've only ever bought/seen as cool-melt). So be sure to use the right settings, especially as you may have glue hanging around in there if it's not feeding very well.

I'd always buy the right size, but would use only use up thin sticks in a bigger gun if I was desperate.

Smaller glue sticks won't damage the glue gun but the gun will not be able to grip the stick in order for it to push the glue through the heating element.

If you wish to use a smaller stick, if practically possible, you would need to push the glue through with your second hand whilst guiding the glue gun where you want it to go.

Not the answer you're looking for? Browse other questions tagged adhesives or ask your own question.

4
How can I improve my binding process to get a better result?
5
Which glue works best for paper sculptures
3
Which glue should be used for adhering thin paper?
16
Making thin brittle sand design that holds together
7
Method for embedding rock mosaic in transparent material
5
How can I attach a large satin applique to a skirt?
0
What will permanently fill the hollow backs of alloy pendants?
2
Glue/Stick printed labels/stickers onto fabric
9
Will Cyanoacyrlates damage plastic?
2
Glue for polystyrene