How to fill gaps in spherical resin molding

I'm planning on casting an object in clear resin using a spherical silicone mold and did a test to see what I'd have to expect. It's came out quite well - better than I thought it would! - but around the circumference where the seal of the mold is, there are a number of little gouges: 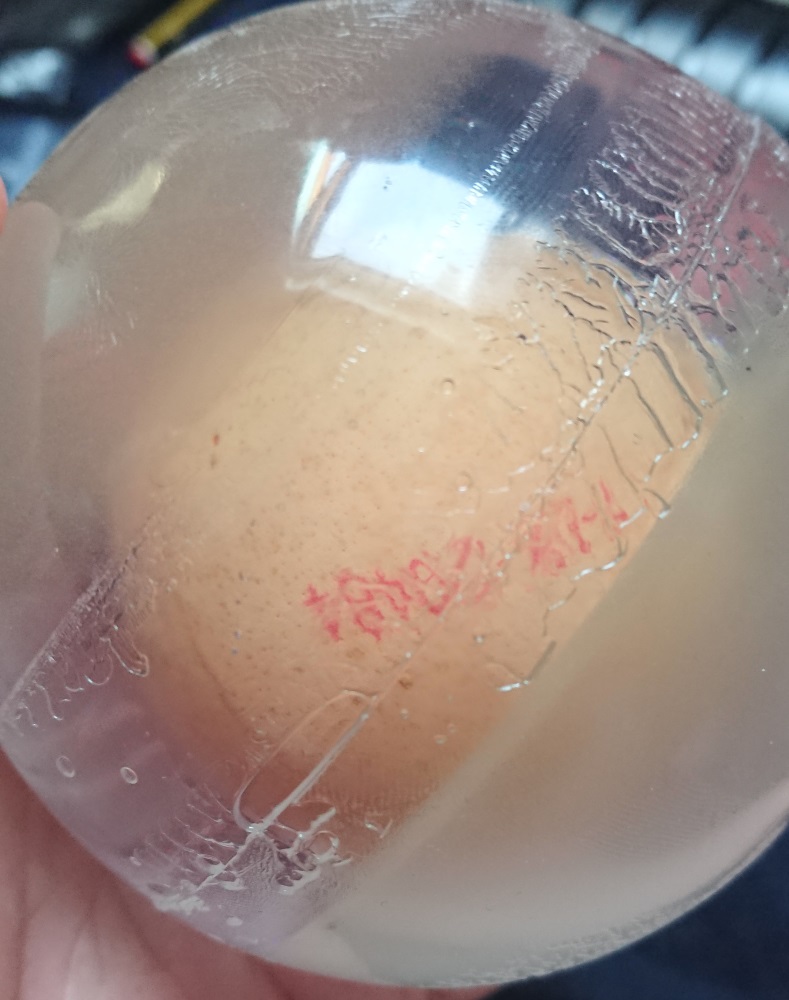 Some of them are quite deep, 3-4mm. How can I fill them? I thought of using more resin but I'd have to apply it to a centimetre or two of the casting at a time which sounds incredibly tedious. Is there something else I can use in place of the resin, like a paste, which sets faster? I've read about using things like milliput but they aren't transparent.

Alternatively, is it a good idea to just try to sand the whole sphere down a few millimetres to remove the gouges?

Thanks for any help!

Use a clear two part epoxy resin to fill the gouges.

You can get one with a short drying time (5 minute epoxy) at most hardware stores or even the dollar store.

Ensure if its a two part mold, not to put the parts together while its drying or they will stick together.

Apply the glue in a ventilated area.

It looks to me as though the marks you are seeing are resulting from your resin shrinking from the inside out (hottest part first) as it cures, while the resin on the outside (the coolest part) is still somewhat liquid, thus pulling away from the mold and leaving marks due to places where it has still adhered to the mold versus where it has pulled away. So one option you might look at is to try to find a type of resin that shrinks less (which typically means it also takes longer to cure), or try to cure your resin more slowly at a lower temperature. Another approach is to try to heat the outside of your mold (blowtorch? oven? hot air gun?) so that the resin cures first there, thus pulling away from the mold more uniformly. Another (generally always advisable regardless of what else you do) is to use spray mold release into the mold before you use it so that the resin won't try to stick to the mold and will just pull away everywhere as it shrinks, instead of pulling away unevenly as it has apparently been doing.

If I found myself with your problem, I would probably try to use the resin I already had to solve it, either by applying it with a paintbrush to fill the gaps and then sanding the sphere smooth again, or by putting some mold release in the mold, then pooling a little bit of resin in the bottom of the mold, and then painting the surface of the mold with resin, and then painting some resin on the sphere (filling the crevices), and then re-inserting the sphere into the mold (being careful to watch out for bubbles!) so that the little bit of resin in the bottom of the mold is displaced by the sphere and is forced to flow up around the sphere (hopefully taking bubbles with it) until some pours out the top of the mold. (Essentially, re-mold the sphere with some additional resin, so that gaps will be filled.) Hopefully the second time around, the amount of shrinkage would be minimal since such a thin layer of resin is being cured.

Not the answer you're looking for? Browse other questions tagged casting epoxy-resin .