I have trouble drawing a sunlight/shadow line

I'm sketching an ink drawing. It's going to be black and white cityscape with a sun in the background. The perspective is twisted and I have no idea how I should place the line between the part which is lit by the sun and the dark side. Does anyone have an idea? I attached the original sketch and my ideas beneath. 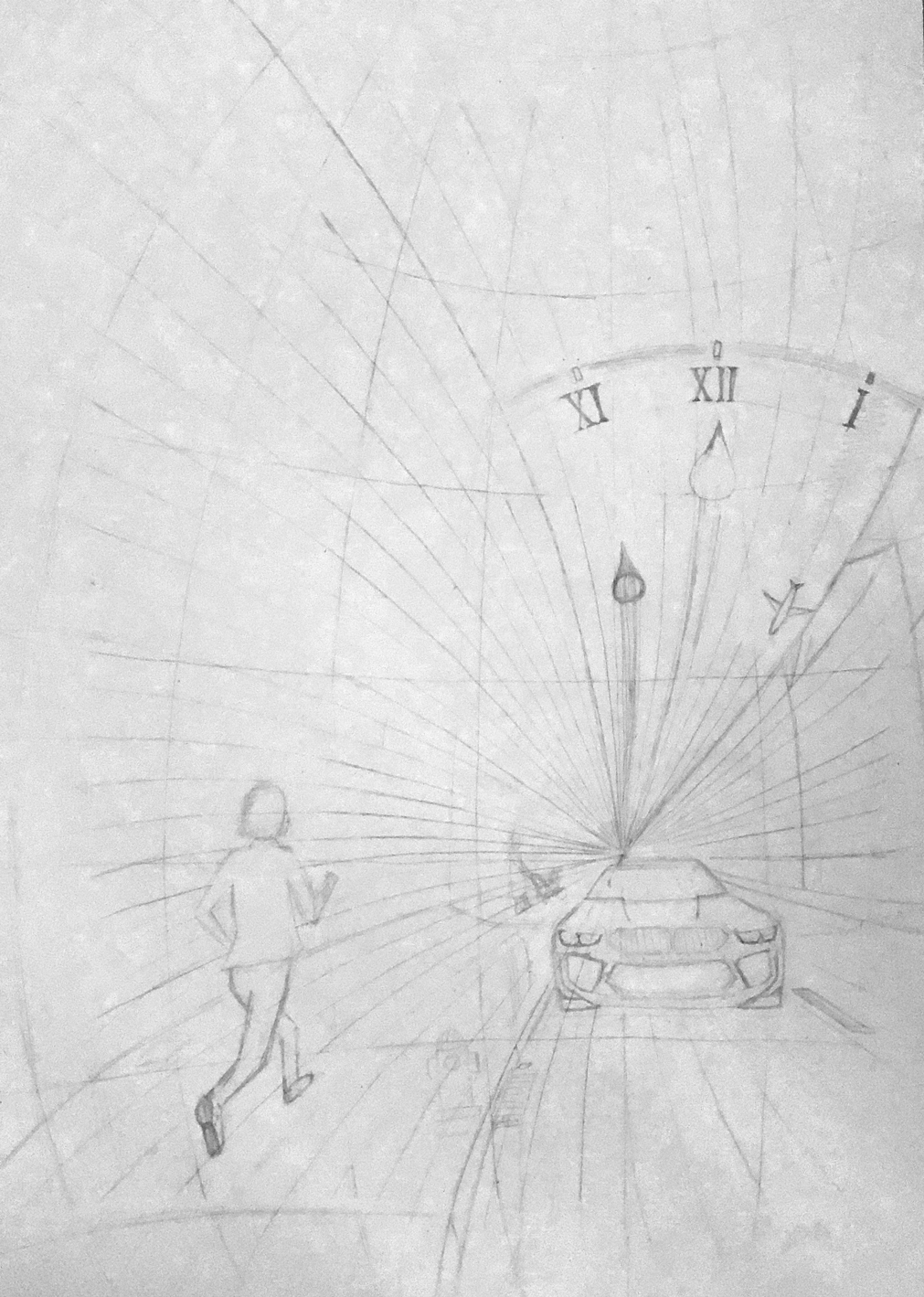 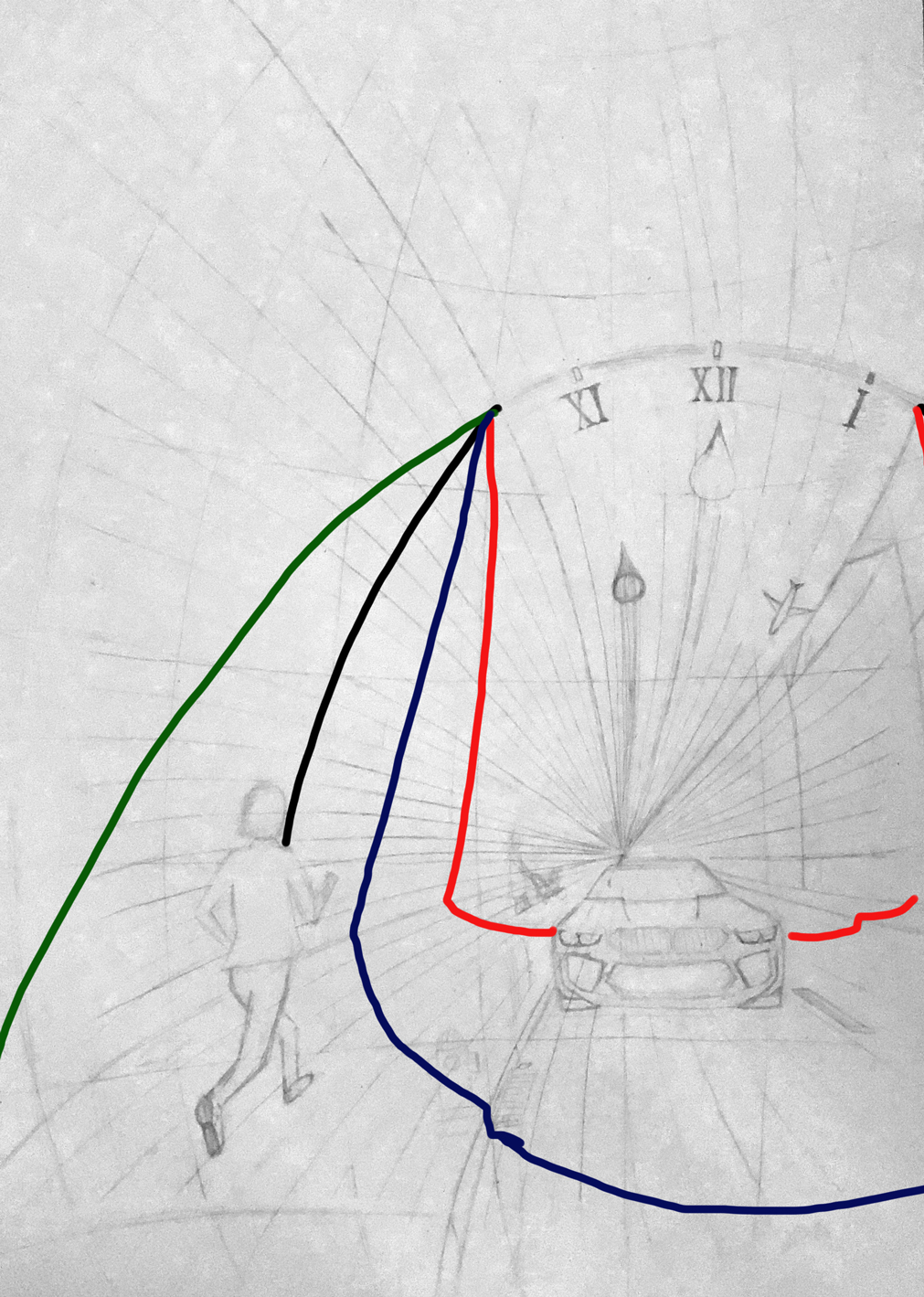 Basically, you'll want to use a perspective-based method of drawing shadows, such as the technique I demonstrated here: How to calculate the shadow direction, size, and transparency?

However, you'll need to be doing a modification on your perspective lines to match the distortion you're doing for the perspective in general. If I'm reading your sketch correctly, you've drawn a warped/wavy grid that represents the perspective, so your light perspective lines would have to "snap" to that same grid. In the end, this just means the the shadows that fall on the ground or objects will curve along the same paths as everything else, and be as "straight" as your sidewalk is.

Keep in mind, though, that the sun is very high in the sky, which likely means that your light source point will be well off your page (unless you're drawing the sun in a low position like setting/rising, then it may very well be on your page).

The shine from the sun will stop where something blocks it: the car, the hands of the clock (maybe), the jogging figure. Not the plane since its shadow will be cast away from the ground if the clock is the sun and is the source of the light. So your shadows will start wherever there is an object between the clock and the viewer.

edit: You mention that it will be black and white pen art but doesn't matter if you are using pen and ink or graphite or paint, the shadows will start and lay in the same place. Also, even though you are only using black marks on a white page, you can still introduce tone through line weight, texture, and pattern.

7
How to calculate the shadow direction, size, and transparency?

7
How to calculate the shadow direction, size, and transparency?
3
Print drawing on water color paper, is it possible?
9
How to measure the distance to horizon line one-point perspective?
5
Am I going about learning to draw the wrong way?
1
When drawing shapes made from overlapping spheres, how should I draw the lines that indicate curvature near the intersection?
3
What exercises can I do to improve the line quality of my drawings?
5
Do reference photos have to be the same size as my final drawing?