How to paint rough but distinguishable people with oil paints?

I've been teaching myself wet on wet expressionist style oil painting lately and my landscapes, cities look awesome. But...

But when I go to add some small detail in amongst the fray, particularly people and other non geometric objects, they end up blobs of mixed colour. With a knife, you can scrape a shape to clarify confusing details, but small, complex objects are just hard... especially people.

If the colours didn't just merge with the background, people would be easy, but they don't obey me.

Bob Ross says use thinned paint to paint over the background, but this doesnt seem to work all that well for people :( 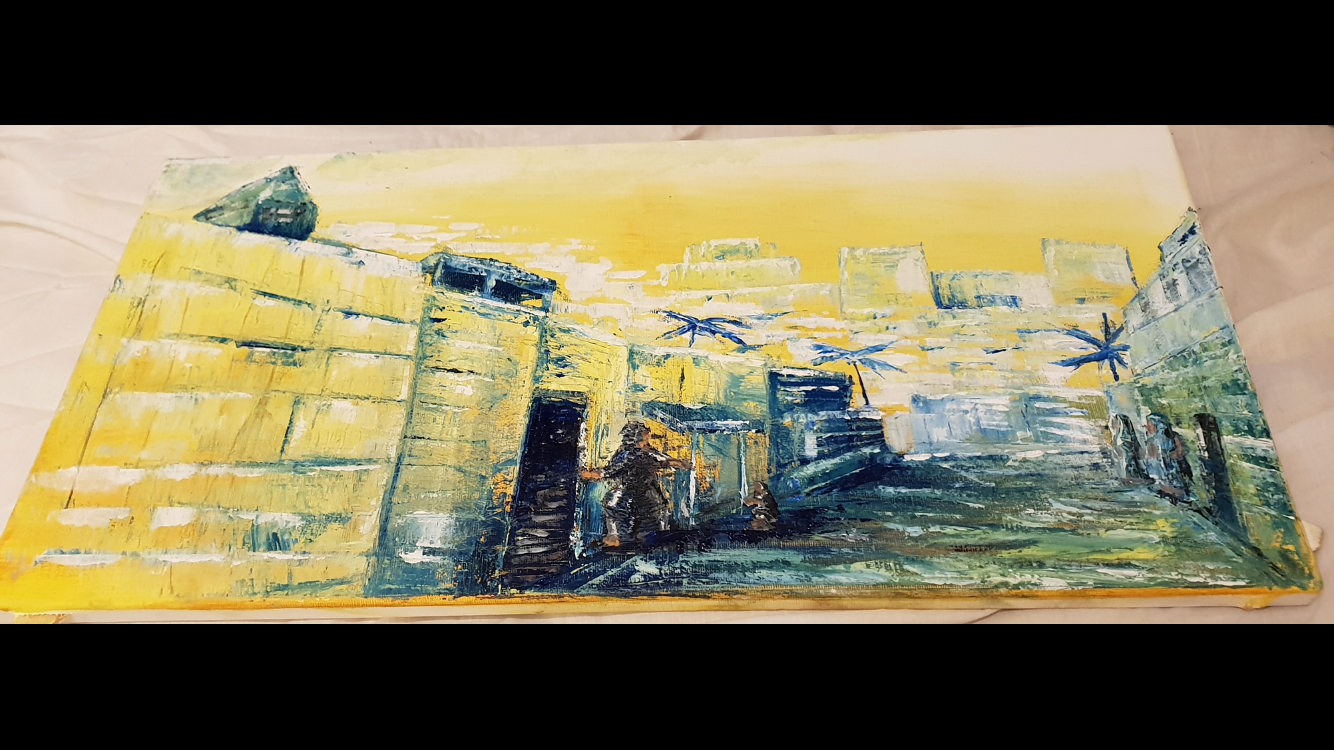 As per request, here is one of my paintings. A small representation of an ancient city. I finished it dissatisfied that there were no people in amongst a city, and so wanted to add them to give some nice perspective, but never intended for them to take over. However, the first reaction my brother had was 'what is that?' - and I would agree. I wanted them to be dark blue to fit with the theme, but adding a dark blue figure (and her child) just blended straight into the wet background on the left, and thus in a last ditch effort I repainted the character on the left in grey with loads of thinned oil paint and tried to add small blotches of skin tone to the face in order to push the concept of a person. Nevertheless I am pretty displeased.

Because of her blobby she got, it became hard to give her a reasonable pose or make her look.. Good.

On the right a couple are (supposed) to be walking away from the audience, but really they are nondescript blobs. They fit in with the colours, but with no discernible features. 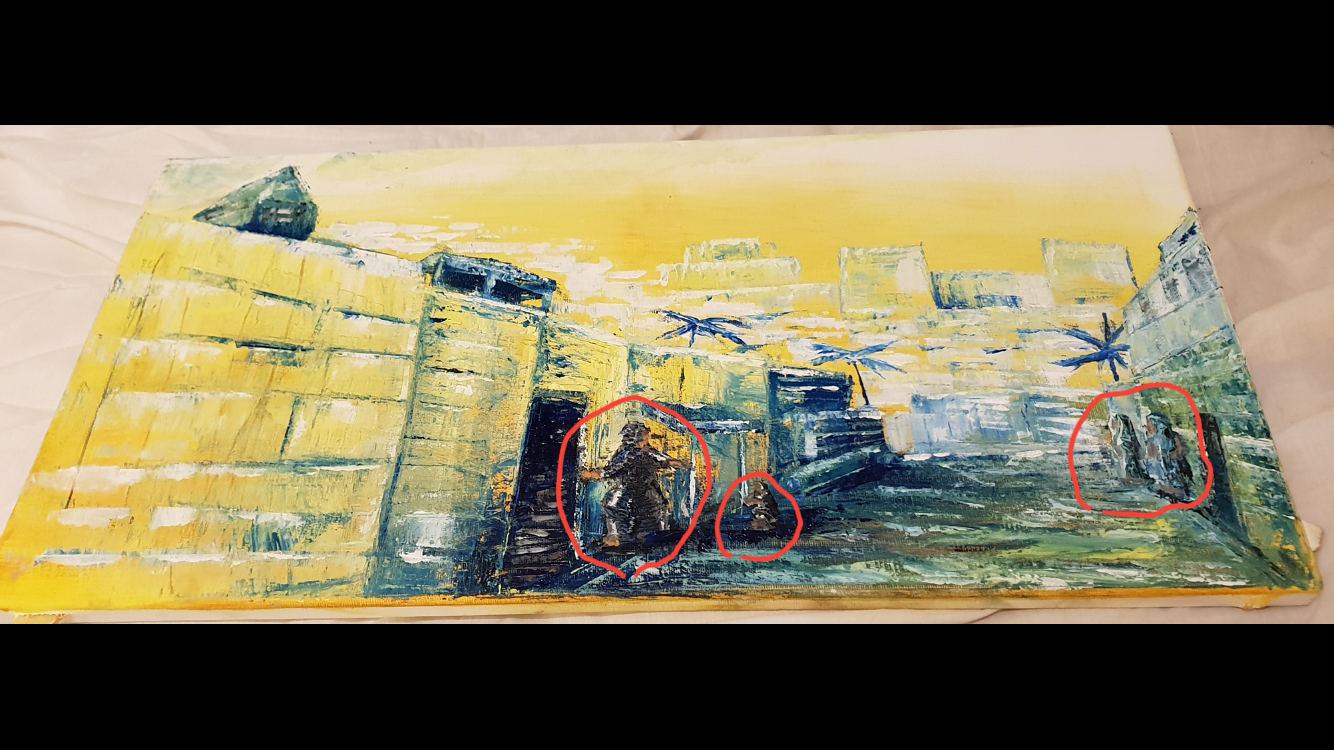 There are a few things to consider, that I can think of at the moment:

When painting wet on wet and you want to add foreground elements like figures use contrasting areas of solidly blocked in color. You can use a pallet knife or a flat heavily loaded brush to layer it on over the background.

So for your abstracted figures, break the form of the person you want to represent into colored shapes and trowel them on like you were covering a stucco wall or frosting a cake. That will work well with the loose look of the wet on wet, and if done without a lot of manipulation will prevent the forms from getting muddy or disappearing into the background.

Counter intuitively you want to eliminate small details when painting the figures, else you risk them getting fussy and too realistic. You said it your self, the key is rough. The abstracted shapes and use of color will make them recognizable as figures, so avoid going too small with the brushes and marks, keep them in the same style as the rest of the work.

The size of the canvas is not that critical per the technique as long as you match the tool to the size of the mark you are creating. There are small pallet knives that I think are made for mixing watercolors that work well. A larger canvas will let you go larger with your gestures but you can make small impasto paintings too (and save some money in the process, paint is expensive!)

Not the answer you're looking for? Browse other questions tagged painting oil-paint .

9
For how long can oil paint be worked into?
11
How do you fade one color to another with oil paint without getting the mixed color?
5
How can I prep a pumpkin for painting?
5
What Faber-Castell Polychromos color codes do I need to paint this?
6
Painting a flag without paint bleeding
2
Breathable painting for acoustic panels?
3
Acrylics and model building: is a gloss layer a must-have before line detailing and washing?
3
Are you supposed to remove the sheets from oil painting pads?
6
How to paint a ghost with oils?
2
Best archival product for wood panels to oil paint on?