To do direct animation on clear super 8 mm film, can i just bleach some old film?

I have a direct animation project I want to do using super 8mm film, but I'm struggling to find the right kind of film. I am wondering if I can buy some super 8mm film, leave it in bleach so it removes the pictures -- will that leave it clear?

Has anyone done something similar to get blank film?

No, the gray and black light-sensitive chemicals are embedded on the film media and won't simply wash off or "turn clear" in bleach.

What you are trying to do is known as Draw-on-film animation, but I've also seen it referred to as cameraless animation, clear leader animation, marker animation, scratch film, and direct animation. I enjoyed trying this in my early experimental-film days. It was a lot of fun and you can create some interesting experimental media projects using various techniques.

Typically you start with clear film leader (comes in acetate, polyester/mylar) where you essentially draw or paint your animation frame by frame. Folks also scratch animated pieces into black exposed film and (optionally) add color later. Folks have even added hand-drawn animation over traditional black & white films, so if you have some footage available to you, that's an intriguing option.

Here are some examples and techniques to help get you started: 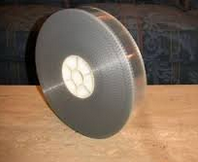 Yes you can, dilute ordinary household bleach 1:10 with water, works a treat, I've done it loads of times.

Not the answer you're looking for? Browse other questions tagged medium-selection surface-preparation or ask your own question.