What are opposing curves?

I have been reading a book about figure drawing and it states that opposing curves are an important concept for drawing figures and other forms in nature. Could anyone explain in a simple way what the opposing curves concept is about?

It is a concept used in creating (drawing, painting, sculpting) organic forms.

Opposing Curves is no more complex an idea than that curves in nature are rarely if ever related to one another as are parentheses ( ), but that rather they are always offset from / or opposed to one another like the curves in the double helix of a strand of DNA. - from CGSociety

If you draw a continuous line with opposing curves, you will notice really nice and smooth flow moving down that line.

If we look at the human body (or any organic form), we can see many curves but those curves are made of smaller curves.

Curves also never curve inward ~ curves are always convex, and never concave. Artists, particularly when they are starting out, draw curves which scoop inward, toward the interior of the form - when in fact, form is created by a series of (sometimes minute) convex curves. - from CGSociety

So, to draw an organic form, lets say a human, we should not use Parentheses () curves to depict the form. 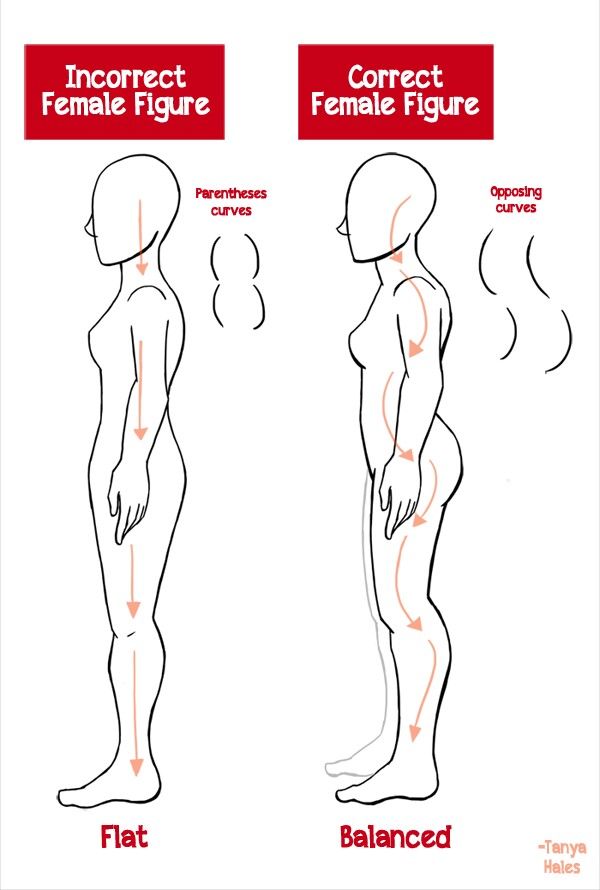 I hope I explained it well.

If you would like to know more, you can read this nicely written article I found (link is NSFW, due to artistic nudity presented): http://www.cgsociety.org/index.php/CGSFeatures/CGSFeatureSpecial/opposing_curves

Not the answer you're looking for? Browse other questions tagged drawing .

4
Do I have to know about muscles and their placements while learning to draw realistic birds?
1
What types of large plastic sheets can I draw/paint on?
6
How to improve control of hand whilst drawing on tablet?
9
What are the key disciplines of realistic drawing?
5
Am I going about learning to draw the wrong way?
1
When drawing shapes made from overlapping spheres, how should I draw the lines that indicate curvature near the intersection?
4
What are requirements for ballpoint/rollerball colour pens for art-grade drawing?
5
What is the name of my drawing style? Black and white?
9
What aspects of drawing should I focus on as a beginning artist?