I have been looking for a tutorial on how to make a table top with a mosaic of capiz shell. I have quite a lot left from making a chandelier style lampshade and I thought an accent table might be nice.
I did find some very vague instructions for a cigar box, but it didn't say what kind of glue or grout to use other than to use clear or white, or what would properly seal it.

Then something else said something about softening the shells and I got completely baffled. I need help. Thank you in advance!

I just want to make a table like this. 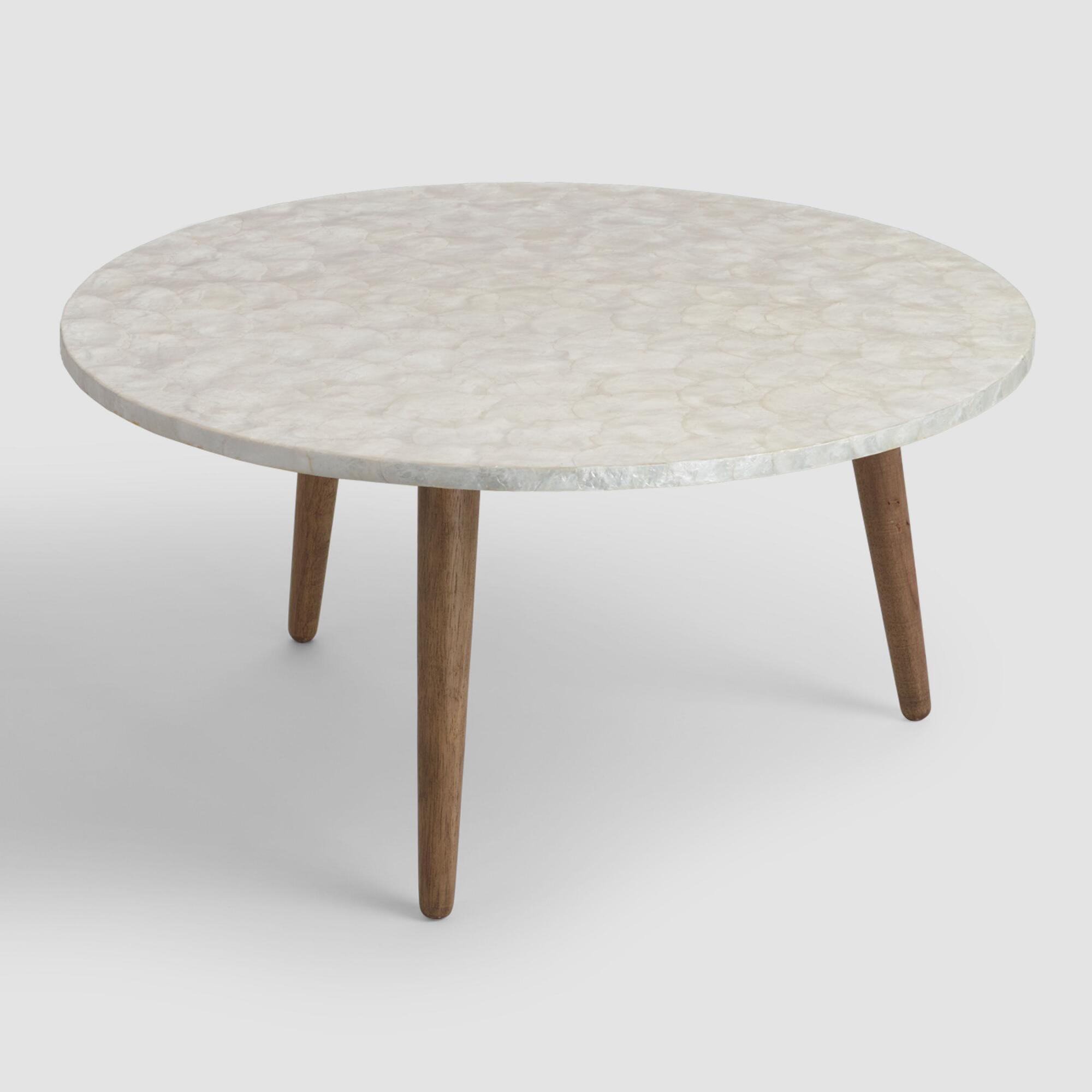 Judging from the images of the example you linked to, I assume the shells have been softened and shaped, which is most obvious around the edges (as they fold around the borders). What I found about softening capiz shells is that heat and/or a (chemical?) solution are used.

Here is a paper on the softening process, but it's likely automatically translated from Chinese to English, and kind of hard to read, but this is what I take away from it: the shells have to oxidize for 11-12 hours using a chemical process, and then, through applying pressure, the cracked shell can be shaped.
Here is another paper, speaking of softening the shells of crustaceans for edible purposes by soaking them in a mix with glacial acetic acid (which is sold, among other places, on Amazon):

Soaking the crabs at temperatures from about 80 to 212 degrees Fahrenheit, in an aqueous solution containing from about 2% to 25% by weight of glacial acetic acid, until the shells become acceptable soft as determined by tactile examination.

Hopefully, these papers might provide a starting point to experiment with the softening of shells.

However, since that process is likely quite hard to perform - since little information on it is readily available - as an alternative, I suggest casting the shells in a clear epoxy resin (see also here).

Lay out the shells in a pattern you like on a flat surface large enough to contain the size of the tabletop. Set up a border around the area, and slowly and carefully add an epoxy resin. After curing, you can saw off the excessive part of the edge, and grind it down to a nice smooth surface.

Depending on the height or thickness you want the top to have, you might consider adding an additional layer cast in the same fashion.

For more detailed instructions I suggest reading this article (I won't go into the details, since I only want to address the specificity of your question as it is quite broad in scope as it is).

Not the answer you're looking for? Browse other questions tagged adhesives material-selection or ask your own question.

3
What kind of resin can be used to fill a gap in a piece of wood?

3
How to Clean Mod Podge off Plastic Crafts Table