How to make a pom-pom?

Many years ago, I made some small model people and animals out of fabric, wool, old toilet roll tubes, etc. Their heads were usually made out of pom-poms perhaps 5-10 cm in diameter, as you can see in this model of a witch: 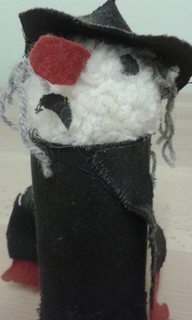 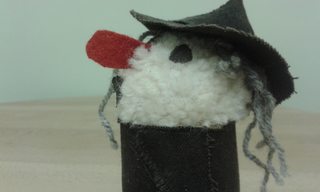 I had a nice simple way of making these pom-poms, which I found in a book (a Ladybird children's book - ah, nostalgia), but now I can't remember how it went.

How can I make a pom-pom of this kind?

A variation on Erica's answer there are a couple of things you can do differently if making smaller pom poms.

The following will consist of stills from this video that outlines this procedure nicely.

There is at least one other variation to the cardboard disc method that uses specialized templates. It claims to be 5 times faster. If you are making more than a fair share of these it would be worth considering. 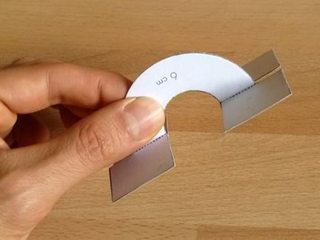 Image from homemade-gifts-made-easy.com. Two of them, wrapped with yarn, would be used to make a pom

The method I learned in grade school goes like this. I'll try to get some pictures of this later to better illustrate the technique.

To make a pom pom from net follow the steps:

Not the answer you're looking for? Browse other questions tagged yarn or ask your own question.

5
How do I make pom poms not fall apart as easily?
3
How can I finish the tops of my balls so the stitches are not so open in appearance?
0
What are these balls of wool bound together with a rubber band?

8
How to invisibly join superwash singles yarn?
11
How can I determine a yarn's weight?
4
How can I make yarn from an old t-shirt and does the material matter?
7
How can I block acrylic / wool blend yarn?
7
Why take a skein of yarn and make it into a ball?
7
How to wind a hank of yarn without a swift?
5
How do I make pom poms not fall apart as easily?
6
How can I prevent my pom poms made by fork method to not look separated in the middle?
3
How can I separate and recombine yarn?