What is Santa's beard made from?

My wife bought a Santa ornament at a craft show. It is painted wood with a thick rough material that makes up his beard. 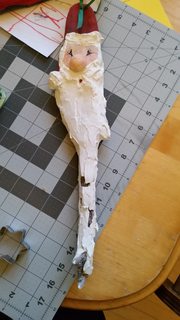 For whatever reason he took a fall from the hibiscus he was hanging from. He beard was brittle and broke into dozens of pieces. I used epoxy to attached the larger segments back together but there we too many small ones that would just look ugly if I continued that way. Here is a close up of the end of his beard if it helps: 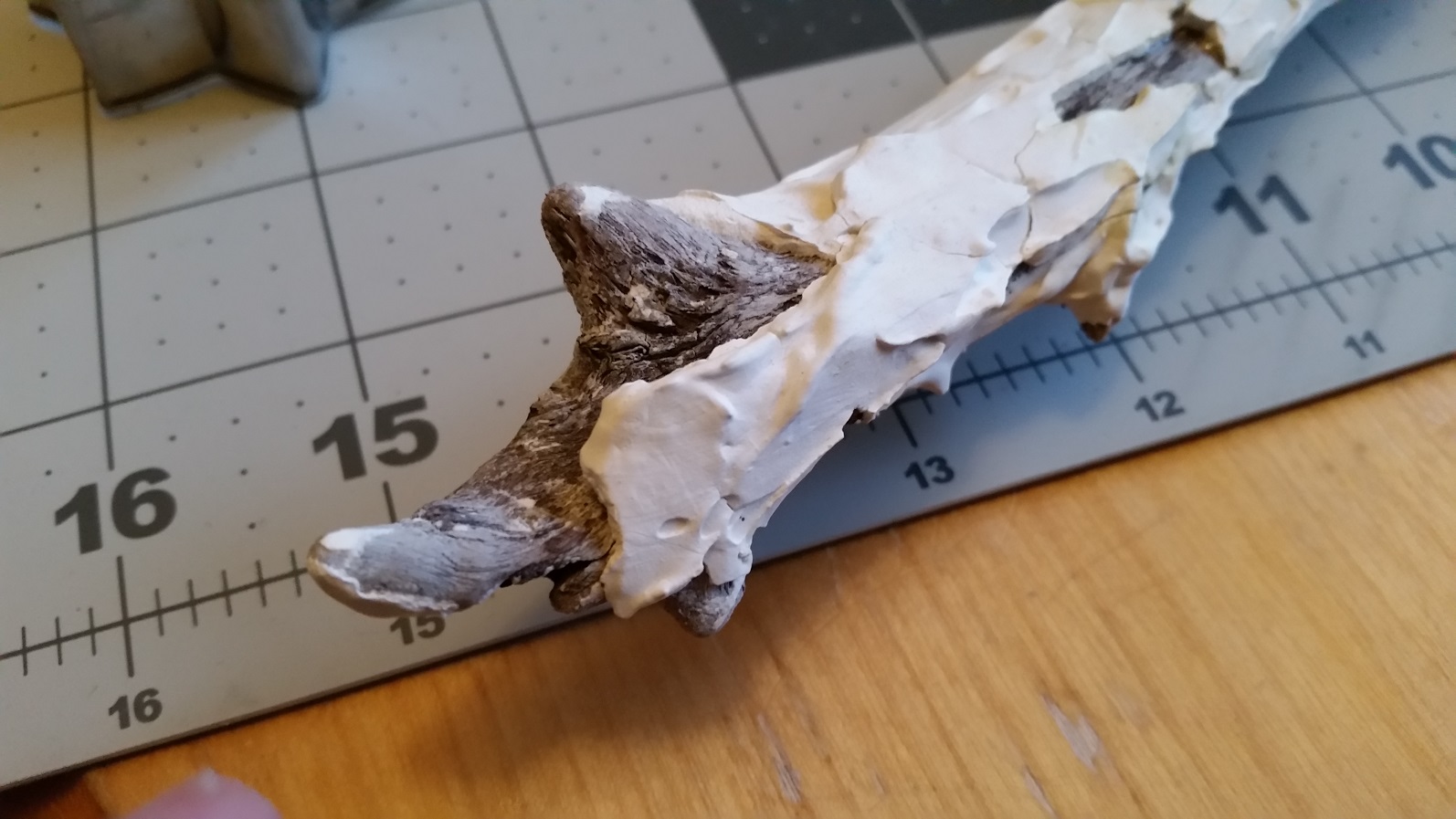 Anyone have a guess as to what was used to create Santa's beard? If nothing else I was going try and use drywall compound and paint white. Not sure how well that will work and I would prefer not ruining it if it can be avoided.

It's difficult to know for sure, but it looks to me like plaster of Paris, also known sometimes as craft plaster when sold in craft stores, which is basically just gypsum plaster. Since it is real plaster, it would be fairly brittle and prone to breaking, especially when applied in a thin layer, as it seems to be on your Santa. It also generally dries white, which would explain the lack of brush stroke on the beard - no paint seems to have been applied.

I've never tried adding plaster on top of already dried plaster, so I don't know if it would stick well. Plaster of Paris also generally comes in packages of at least one pound of powder, so if patching the beard is all you would do with it, it might not be worth it. Drywall compound would likely work fine for patching and might not end up all that different, since it is also made primarily of gypsum powder.

Not the answer you're looking for? Browse other questions tagged material-identification .

6
What is a non-photo blue pencil?
5
What components are involved in this kind of scroll?
3
What material is this jacket made of?
2
Is what I am looking for a scrapbook?
2
What type of sealer is this?
0
What is this holographic material
7
What is the name for this type of chain?
2
What sort of paper is "The Dark Pool" album cover made of?