What's the name of this type of fabric pattern?

Does somebody know what's the name of this fabric pattern? In Spanish is Estampado Búlgaro but when I search Bulgarian Pattern on Google Images nothing even similar appear. 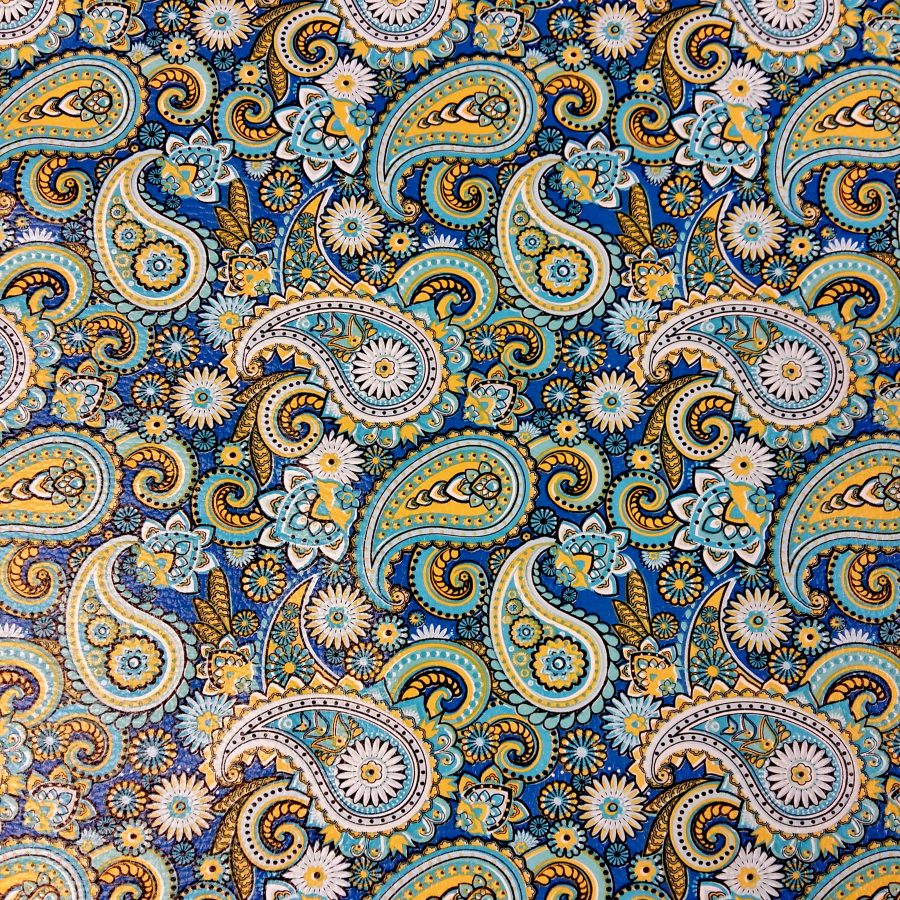 It's called "paisley" in English.

Paisley or paisley pattern is an ornamental design using the buta (Persian: بته‎) or boteh, a teardrop-shaped motif with a curved upper end. Of Persian origin,1 paisley designs became very popular in the West in the 18th and 19th centuries, following imports of post-Mughal Empire versions of the design from India, especially in the form of Kashmir shawls, and were then imitated locally. Although the fig- or almond-like form is of Persian origin, its English name derives from the town of Paisley, in West Scotland, a centre for textiles where paisley designs were produced.

this is the paisley pattern, originated in Persia and spreading to India. In Henna (drawing on hands and legs by henna ink), paisley is also a favourite pattern.

Not the answer you're looking for? Browse other questions tagged fabric .

12
What is the name of Japanese printing which uses hammered leaves on white cloth?
4
image transferred onto black fabric?
4
can you identify this fabric
6
Efficient cutting and preparation of fabric for sewing clothing
3
How to Sew Up "Cut Outs", (Shapes Cut Into Fabrics)?
5
Finding fabric and thread thickness
5
Patch for a rip in the lining of a down jacket
1
How much fabric is needed in this instructional?
3
I am trying to identify / describe this wool thread / yarn