I made a table and screwed the panels together via two separate wooden bars and even with one aluminium bar. I did that in the base room. Now the table is in my flat and the panels are moving away from each other though I used large and thick bolts.. why is that?

The table from bottom: 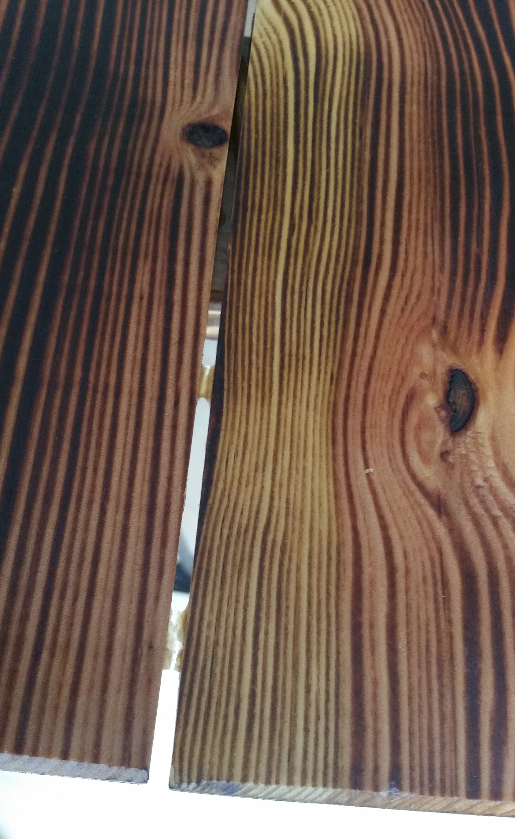 The short answer is the wood is shrinking as it loses moisture. Because you've used two fastening points across the width of a top board, one or more of those top boards may split as it continues to shrink.

Accommodating this sort of change in dimension (which continues to happen seasonally, even when the wood has fully "dried") is one of the classic challenges in constructing furniture from solid wood.

There is a lot of literature out there on this topic. Here's the first link returned from Google on "furniture accommodate wood shrinkage" https://www.extension.purdue.edu/extmedia/fnr/fnr-163.pdf

Note that it's both shrinkage and expansion that cause problems.

As scanny states in his answer

There is a lot of literature out there on this topic.

To expand some on that answer.

Wood is always in a constant state of flux when it comes to moisture. A general rule of thumb for green wood is to sticker it for a year per inch of thickness which helps it maintain is shape. That is a loose rule that can be quickened with other means like kilns and such.

When working with solid wood (not green) it a good idea to leave it in the environment it is going to live in for at least several months to acclimatize. Doing so will greatly reduce the rate of change. Be prepared to have to have to prepare the wood again because of warping and understand though that it is in a state of constant change that can never truly stop.

How wood shinks and expands is a science in itself. For a simple introduction look at the following image that shows where the greater change, in general occurs, in lumber per the grain direction. 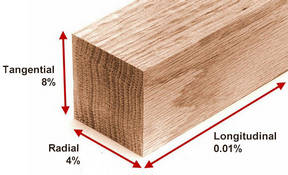 You can also get a basic idea of the types of warping to expect based on the cut of lumber as well. 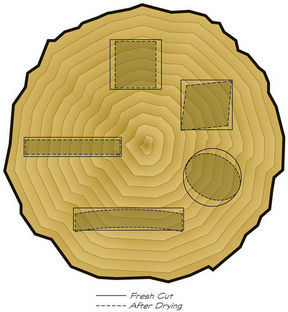 Forcing the wood to stay in place with hardware can work but could easily exacerbate the shrinking / expansion issues and force it to split.

This is why you see things like floating breadboard solid wood tabletops. Those might be worth looking at for future projects. You will see plenty of plans that don't do that. Some of them might last forever without issues. However, there are plenty of stories of people that make great projects just to have them fall apart season later.

9
How can I safely cut pieces off a small wooden cube?
5
How can I attach casters to a 1/4" plywood board when I only have access to one side?
2
Wooden surface sticky
3
Best way to restore my old vintage wooden cricket bat
7
How can I paint 1000 wooden balls that are 1" each?
7
what rubber to buy for wooden wheels
6
Restoring a wooden box with metal inlay
3
Fastening thin pieces of wood with a flat profile