So we have a competition related to firefighting and one of the tasks is to retrieve a PVC figure known as the "mannequin." It is composed of PVC pipes for limbs and a PVC plug with end for a head. There is rope that holds the components together. At the end of the limbs, washers hold the knots together. 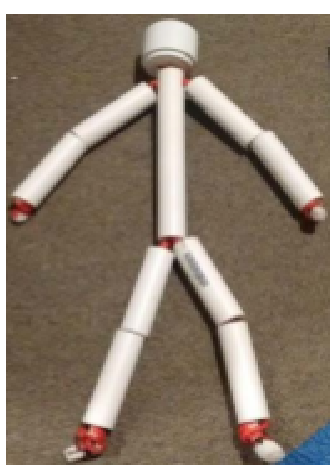 We were hoping that we can make a human sized version for someone to wear. Granted that a scaled costume may not look exactly the same, are there any suggestions to go about this? We don't have many resources, but we may be able to buy typical materials if necessary. Thanks.

I believe the closest analog you'll find for human sized PVC pipe that wouldn't be PVC pipe is called concrete form tubes, sometimes under the brand name Sonotube. The Home Depot version is called Sakrete form tube. It's going to be lighter than PVC of human size, but that doesn't mean it will be light. As it is constructed of cardboard, it would be easily painted white with matching lettering. If you wanted to hide the joints, fabric could be glued at the knees, elbows, etc, but you're going to have a challenge finding a skinny enough human torso to fit inside the typically-available Sonotube diameters.

You could use some sort of cording that runs from the knee joint through the thigh bone up through the torso to a shoulder support to help manage the weight. If you're using a healthy firefighter for the inner-human, it would not be too heavy, I believe.

The torso could be a suitably sized plastic rubbish bin, also painted white. If you plan to encase the human's head as well, a portion of a smaller cylindrical rubbish bin would also work. It's starting to look a bit like a lego character in my alleged mind.

This photo is the 8" size, although other smaller sizes are also available. Some larger construction businesses may have discards if you have contacts in the area. 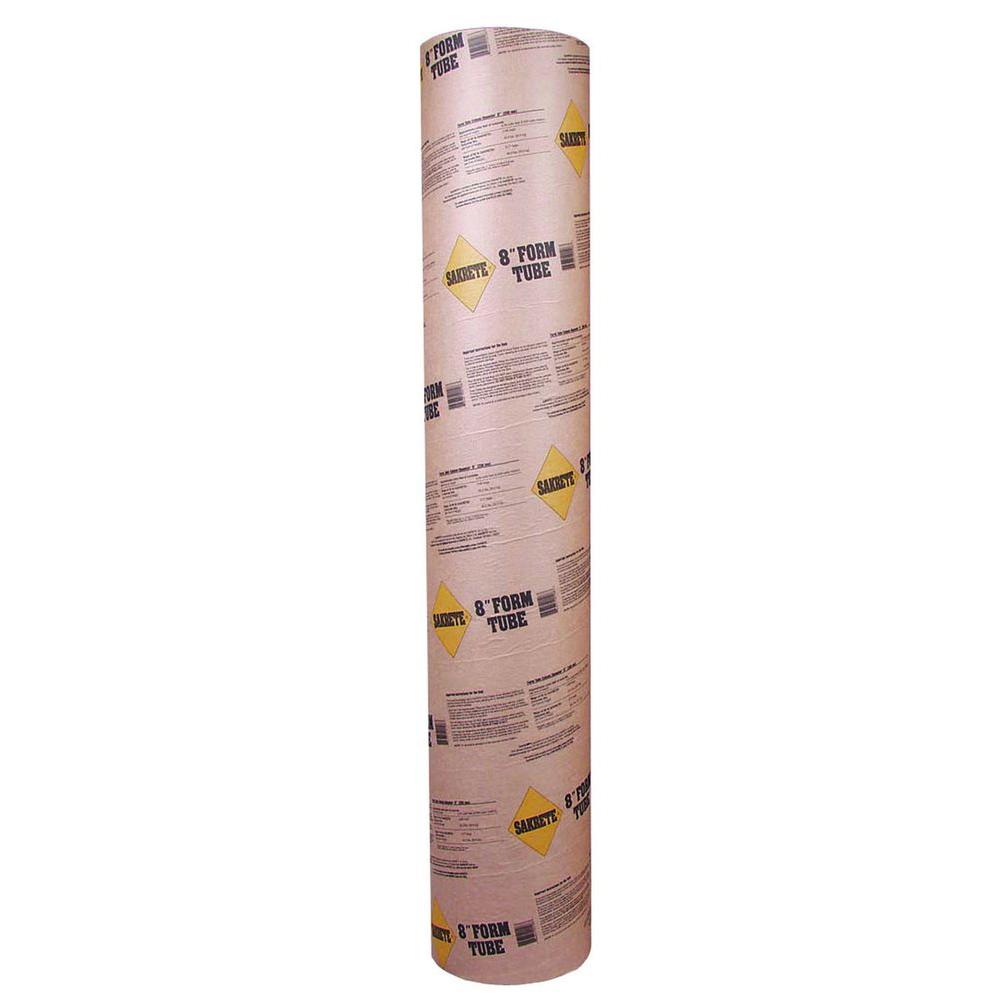 How about making your tubes from large pieces of cardboard? That way you can size them to fit, spray paint them white, and fasten them together with the red cord, like in your photo. A local furniture and appliance store or lumberyard may be able to supply you with cardboard for free.

Cardboard tubes and air conditioning duct flexible and or rigid.

Not the answer you're looking for? Browse other questions tagged material-selection material-identification costume-design or ask your own question.

6
Moldable/Printable wood-like material?
2
What sort of materials can I use to make a latex mask look wet without actually being wet?
5
How can I make this costume mouth open and close?
5
How can you make a costume with opaque eye covers?
5
creating something like an expanding ring mandrel for my homemade lathe
2
What glass-like material to use for a weapon prop?
3
How can I make my wall look like weathered wood?
2
Food Safe Plaster-Like Material
2
How best to fill the bottom of a PVC Tee with resin, plaster or some other material?
3
What is the best ribbon to make multi-bookmarks?