What can I do to make my simple hooks more comfortable?

When I started out I thought that the tools for crocheting were pretty cheap to acquire. Anytime I needed another hook ( or lost one ) I would just head over to the dollar store and get one for usually under 2 bucks. I also never understood why so many had grips or otherwise larger handles. They seemed uncomfortable and awkward. At the time I was doing just fine with the hooks I had...

Now that I am crocheting more, I am starting to pay more attention to my hands and how they are feeling while I am working. If it's a possibility, I would like larger grips on my hooks.

Ignoring the minimal investment thus far with my hooks I was curious about what I could do to add a cushion, cushion-like attachment or make them larger so that they would, in theory, be more comfortable.

I had considered something like a pencil grip but those were designed for pencils obviously. I had also considered Sugru (since it has come up a few times at Crafts.SE) but was shying against it because that would be a permanent addition to the hooks (So I could not put them back easily in my wicked case!).

What can I use on my hooks instead, that is preferably removable? My thinner hooks are steel but I have a couple size 6 plastics if it matters.

Pencil grips work! If they don't fit because your crochet hook is too thin, you can wrap your hook handle with tape (masking tape is easy to remove) or paper (but you have to use glue then) up to the thumb rest (the flat part in the middle of most hooks). And if you want something permanent you can use polymer clay, I believe that is cheaper than sugru.

Not (easily) removable, but you can give it any shape you want: polymer clay.
Baking temperature is not extremely hot, so I think your hooks can handle it, and then you can put the clay in the oven together with the hooks. Otherwise, you have to find a way to get the grip off the hook before you bake it. In that case, you can easily remove the grip, but you have to find a way to maintain its shape while baking, and a way to keep it on the hook while you're crocheting.

I had the same problem with crochet hooks when crocheting. Personally, I used foam pencil grips with the addition of some band aids to thicken the hook. Alternatively, try using Coban self adhesives to create an extra layer: 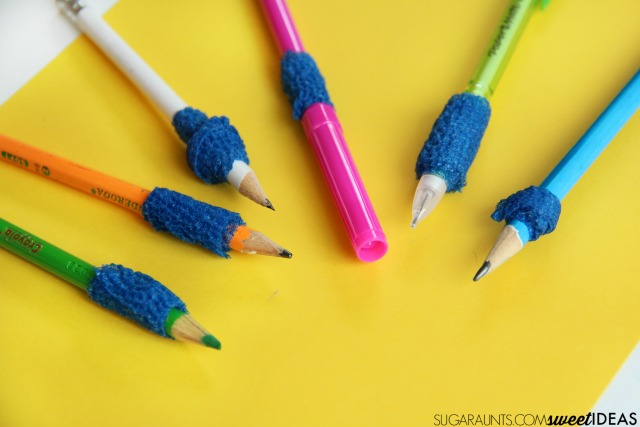 and here is the link to the Coban page

Not the answer you're looking for? Browse other questions tagged crochet-hooks tool-modification .

14
What is the conversion for UK and US crochet hooks to mm?
5
How can I make a regular corner punch from a fancy one?