How to make the end of a kaleidoscope?

I would like to make a basic kaleidoscope out of cheap materials, such as cardboard tubes and foil confetti and colored beads.

But, I'm not sure how to make the end of the kaleidoscope that would actually hold the objects.

I can think of using two coins of cheap plastic that I may have to cut myself, but I don't know how to get them to stay inside the tube. For instance, if I used a hot glue gun, it'd would probably build up in the gap between the plastic pieces and prevent the confetti from turning properly.

So what can I do? I'm okay if there's some cheap, pre-made object like this pill case: 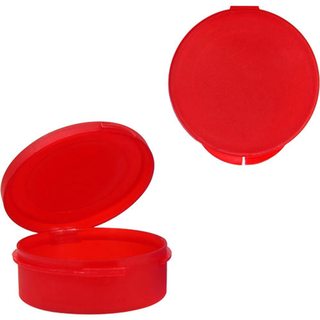 But it needs to be transparent, not just translucent. I also don't know how to search effectively for that type of object, or if there's a similar, easy-to-source craft object.

I don't need to make an end that rotates. I'm planning on just having the kids turn the entire tube. I just need the part/parts that hold the confetti.

What about those small plastic clear round takeaway restaurant containers? 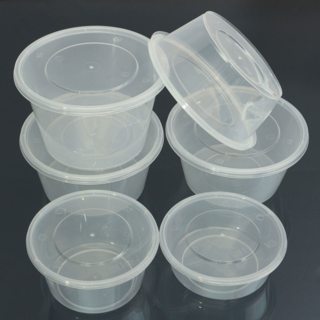 5
Decorate the inside of a tube?
8
How can I get children's paper masks to last longer?
8
How to fix glass kaleidoscope inside cardboard tube
9
Artificially accelerating the discolouration of leaves
4
What's the name of this specific style of craft ball?
5
Types of paint safe for children to make handprints out of, on canvas