How can I get that translucent effect on Jack O' Lanterns?

I've tried to mimic to translucent technique that people use on really detailed Jack O' Lanterns, such as this: 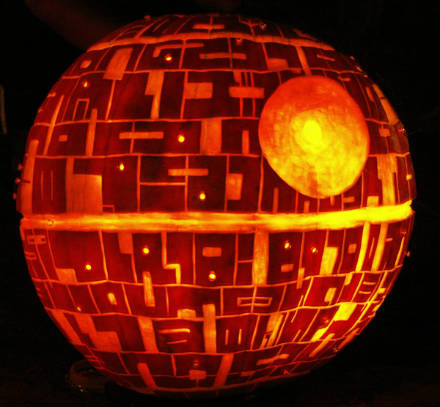 However, whenever I try I either can't get the husk thin enough, or I go too thin and bust through.

Are there certain tools that help with this? I have a lot of carving tools.

Do certain pumpkins work better? How should I select one?

Or is this about lighting? Do I just need brighter candles/lights to shine through the the pumpkin?

The lighting isn't great here. This was my last attempt last Halloween. I wanted the teeth to be translucent. As you can see, only a couple bottom teeth have any semblance of being see-through. 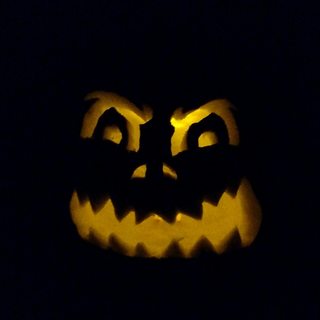 I once did a pumpkin in this fashion of Archie from the comic books. It was a little bit less sophisticated than the above example, so I was able to get the husk thin enough without breaking through simply by feeling my hand along the back wall of the pumpkin while I was carving on the front. When it is thin enough for light to shine through, you start to feel the pressure of your carving tool on your hand. For my simple design, this was plenty of technique to get the desired effect.

Obviously you need to remove more material in order to allow light to shine though. You know that much.

However, whenever I try I either can't get the husk thin enough, or I go too thin and bust through.

What you need are depth checkers spaced around the surface of the lantern where you are trying to achieve this effect.

Toothpicks would be an easy suggestion for this. Put the pick in and feel the the inside of the pumpkin for where it is going to come through. You don't want the toothpick protruding the inside. That would negate its purpose as a depth check. You know it is inside enough once you barely feel it with your fingers. Putting it too far through might make it move easier which would again reduce its effectiveness. With enough toothpicks you can then use the portion that is outside of the pumpkin to gauge the thickness near the toothpick.

While I cannot find a picture of this being done to a pumpkin (yet!) a similar principal is used when making a quinzee. They use sticks to make sure the whole structure is of the same thickness. 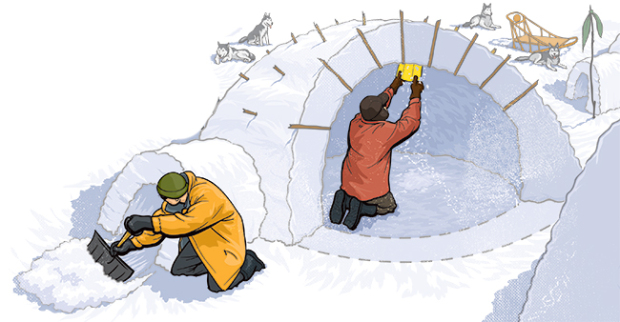 Likely, the tactic I described above, is what was used in your first picture. Look at where you see the pinholes of light coming though. I have used MSPaint with awesome circles to draw attention to the holes. 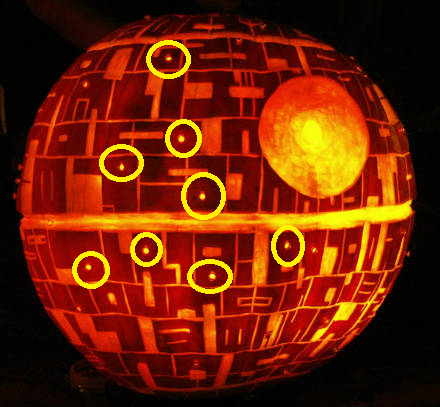 I have owned and used a pumpkin carving tip on my dremmel before. It only takes away some of the layers of pumpkin peel and creates the effect!

5
Can I dye a pumpkin?
4
How can I prep a pumpkin for painting?
2
How Can I Create the Metal Comb of a Music Box?
2
How to polish indentations in soapstone
7
How can I make the detail of this map stand out better?