What happened to this book?

Is what happened a rare anomaly or common? (Apologies if this is the wrong substack; I couldn't find a more relevant one.) 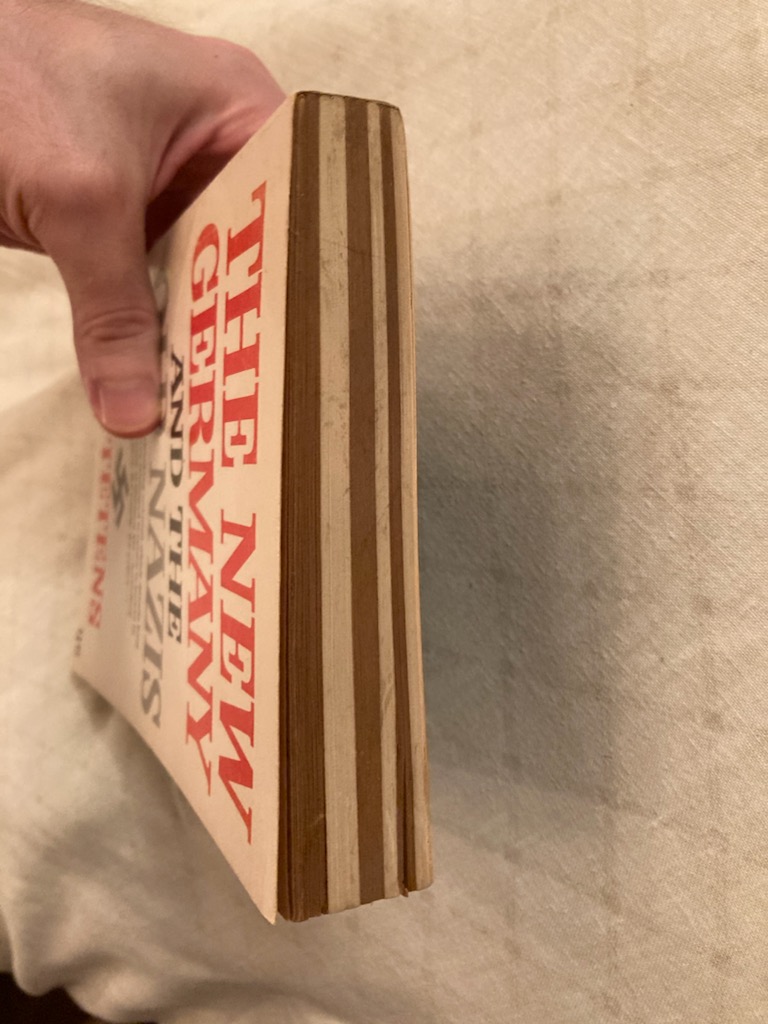 This is a bit of a guess, but I reckon the printer had 2 different batches of paper on the go, of different qualities. Look carefully next to the spine and you'll see it's bound in 9 signatures, 2B, 2W, 2B, 1W, 1B, 1W where B=brown and W=white. It's likely that the same effect will be visible in other copies from the same print run.

Each signature is printed and stitched, then assembled into the cover. The brown signatures were presumably printed on more acidic paper. As the acid can migrate from one page to the next, the sheet or two of white nearest a brown page to be a little yellowed. The effect is probably greater near the edges as ambient sources of acid also contribute. The brown pages/regions should be noticeably more brittle as well.

That looks like the 1961 (or '62 depending on source) cover; books I have of similar age show varying degrees of yellowing (e.g. 50s textbooks look good as new, many 70s novels are browned and have to be handled with care), so at roughly the same period a variety of papers were used.

Not the answer you're looking for? Browse other questions tagged book-binding or ask your own question.

7
What material to use for the spine in the binding of a paperback book?
5
What thicknesses of leather are suitable for book binding?
2
How many pages does a book leaf have?
4
What home printer is capable of printing on board book pages
3
Paper for Custom Book Jackets?
3
What kind of glue should I use to create a perfect bound paperback?
4
How do I repair the binding of the book where the spine of the cover is too wide?
5
Book binding with hot glue
5
How can I best repair or protect this torn cover?
3
Methyl cellulose paste mixing mix-up